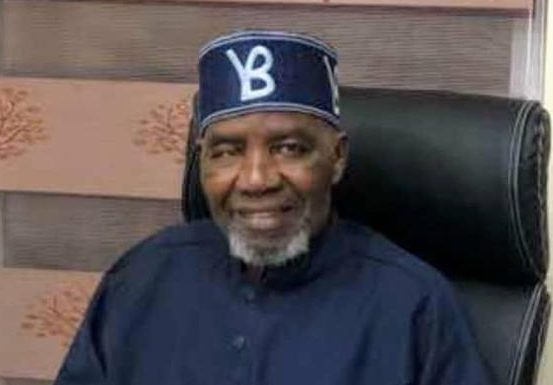 Senator Yisa Briamoh (PDP-Edo) has unveiled plan to award scholarships to some children at the orphanage home in Abuja as part of the activities to mark his 80th birthday.

The representative of Edo North Senatorial District made this known via by the Chairman, Planning Committee, Isa Briamoh.

Briamoh, who will turn 80 on August 12, said the celebration would be followed with a visit to the Halal Children’s Orphanage Home, Lugbe in Abuja, where he would present his speech, gift items and donations, including scholarships, to students of the home.

The statement said: “As a great philanthropist, Sen Briamoh had committed considerable personal funds towards the development and commissioning of an ultra-modern primary school (day & boarding) for the handicapped and disabled children at Igbe Road, in Auchi, Edo State.

“Over the years, his scholarship foundation has become a bridge through which many indigent persons within the community in Edo North Senatorial District and beyond, have also acquired education and attained great heights themselves.

“On  August 12, 2012 when he turned 70, Sen Briamoh, along with a host of his invited guests, friends and family members, shared fellowships with over 60 residents of the Christ Family Orphanage Home, at Otoukwe, Agenegbode in Etsako East Local Government Area of Edo State, just as he did in 2002 when he clocked 60.

“As he turns 80, he has  chosen to mark the occasion at Halal Children’s Orphanage Home, Lugbe, Abuja.”

According to the statement, in his very little way, Braimoh has equally contributed in the building of mosques, schools and public-spirited works that enhanced the society.

Some of the dignitaries expected at the occasion include the Deputy Governor of Edo State, Philip Shaibu; High Chief Raymond Dokpesi; Senator Victor Oyofo; and Senator Adolphus Wabara, among others.

According to the statement, highlights of the ceremony at the orphanage home also includes the cutting of cake by the celebrant, Islamic recitation and games by children of the home.