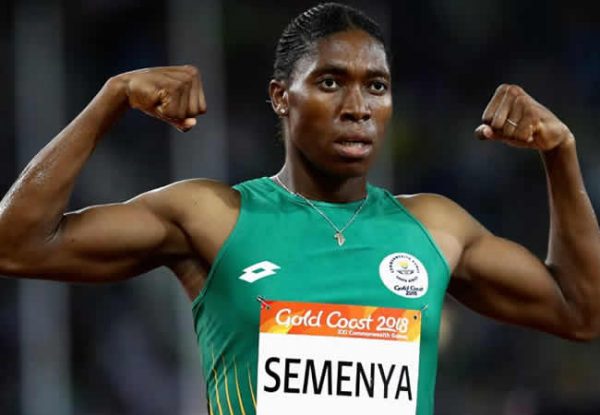 Caster Semenya has clarified she has not retired from athletics, despite signing for South African football club JVW.
Semenya, a double Olympic 800 metres champion, recently signed for Gauteng-based JVW and will be able to make her debut in the South African Football Association’s Sasol Women’s League next year.
It comes in the wake of her losing a landmark case against the International Association of Athletics Federations (IAAF) at the Court of Arbitration for Sport (CAS) in May, meaning she will have to take medication to reduce her testosterone levels if she wants to continue running on the world stage.
The three-time world champion was attempting to block new rules on female participation brought in by the IAAF, which insists it is looking to create a level playing field.
She will miss this year’s IAAF World Championships, due to take place in Qatar’s capital Doha from September 27 to October 6, because of the verdict.
Semenya initially received permission to compete pending an appeal but this was overturned by the Swiss Supreme Court in July.
In a post on Twitter a day after announcing her signing with JVW, the 28-year-old insisted she has not brought an end to her track and field career
“Being a footballer doesn’t mean I’m no longer a track and field athlete,” she wrote.
“Just making things clear.”
JVW was formed in 2013 by current South Africa women’s captain Janine van Wyk, who told a source of The Tide that Semenya has “not given up running at all”.
“She’s on a break at the moment, which is why she has time on her hands to do something different,” she said.
“She’s had two training sessions with the team and you could see her football is there, but we still need obviously to work on her a little bit because it’s very different to track and field.
“She’s made it really clear to me that she’s not giving up running at all.”