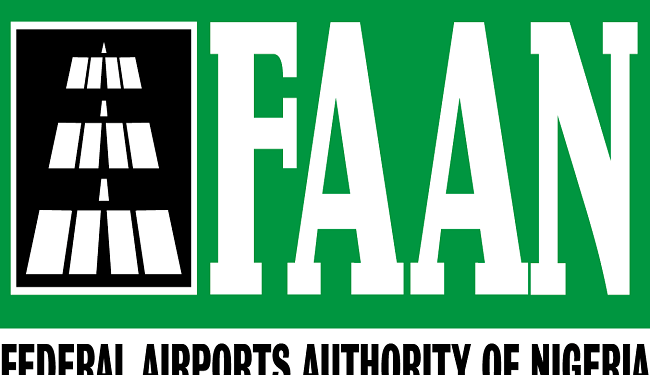 Normalcy has been restored to the Lagos Airport access toll gate following the deployment of security operatives on Tuesday to stop the face-off over the management and collection of tolls.
The News Agency of Nigeria reports that staff of the Federal Airports Authority of Nigeria, aviation unions and Integrated Intelligent Imaging West Africa had been having a running battle over toll collection.
NAN reports that deployment of the security personnel had also brought a sigh of relief to motorists using the toll gate as they were passing freely without paying tolls.
With this development, both FAAN and the contractor are losing revenue accruing to them.
NAN reports that the aviation unions had on Monday chased out I-CUBE workers, the contractor handling the collection of tolls at the access gate, over alleged expiration of the contract since February 2019.
Commenting, Abdulrazak Saidu, Secretary-General, Association of Nigeria Aviation Professionals, told newsmen that the deployment of security personnel to the toll gate would not stop their insistence that the contractor should leave.
Saidu said the Minister of Aviation, Captain Hadi Sirika, and the management of FAAN were aware of the action taken by the union on Monday.
He said: “The union, at a meeting it held with them the previous year, made it known that they do not want the contractor again because the money being remitted was too small.
“The unions met on Monday morning and we decided that we cannot allow concessionaires to continue to milk FAAN dry with the token they pay as concession agreement.”
Meanwhile, Toluwaleke Abajingin, the Manager, I-CUBE, had on Monday expressed shock over the development.
Abajingin explained that the company had paid FAAN up to date and was never informed about any upward review of the contract or otherwise.