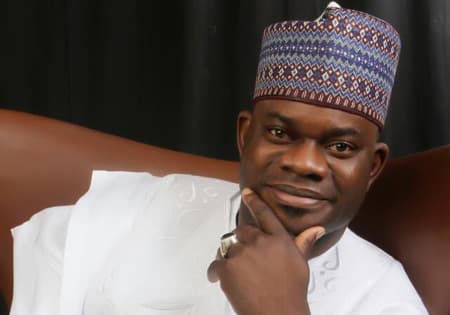 The Kogi State Government is to conduct a biometric registration of all Fulanis resident in the state, according to a Government statement issued in Lokoja on Wednesday.
The statement was signed by the Information Officer in the Department of Local Government and Chieftaincy Affairs, Jordan Akpata.
Akpata said the Special Adviser to the State Governor on Local Government and Chieftaincy affairs, Abubakar Ohere, disclosed this during a meeting with traditional rulers.
He quoted Ohere as saying the move was to further enhance peace and security in the state.
“This will help in identifying the genuine Fulanis in Kogi and help in unearthing the strangers and miscreants who may enter the communities under the cover of herdsmen to threaten the peace and security in the land,” he said.
He did not disclose when the exercise would commence but said the idea was to re-enact the olden days when Fulanis and farmers co-habited, co-worshipped and engaged in commercial activities in the same communities peacefully.
Ohere charged traditional rulers to be on top of security matters in their domains.
He said he believed strongly that farmers and herdsmen could live together in peace and harmony without jeopardising the peace in the state.
He said Governor Yahaya Bello was a strong believer in the Constitution of the Nation, adding that Fulanis and indeed any other Nigerian were free to move about and reside in every part of the state.
The Special Adviser told the traditional rulers to comply with the recent directive of the governor asking them to appoint Fulanis into the traditional councils in the 21 local government areas.
“The existence of peace in the state has given room for accelerated development and the peace must be consolidated for sustainable progress in the state,” he said.
While appealing to them to hold regular meeting with the Fulanis in their communities, Ohere lauded them for their cooperation and support for the state government and urged them to support the policies and programmes of the present Administration.
Responding on behalf of other traditional rulers, the Attah Igala, Michael Ameh Oboni, appreciated the efforts of the government at ensuring peace in the state, saying that traditional rulers would continue to support the efforts.
Attah Igala, who is also the President of the Kogi State Council of Chiefs and Traditional Rulers, also commended the governor for ensuring the good welfare of members of the council.