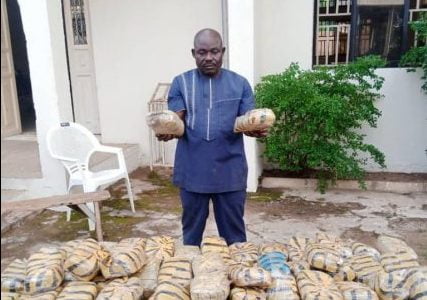 A serving officer of a law enforcement agency, Popoola Abayomi, has been arrested for selling assorted illicit drugs to students of a federal university and cultists in Ogun State.

The drug dealer, who serves in the Lagos State Command of a security agency, was arrested on June 15, 2021 by operatives of the National Drug Law Enforcement Agency after days of surveillance on his wife’s shop used as his sales point in Camp area of Abeokuta. 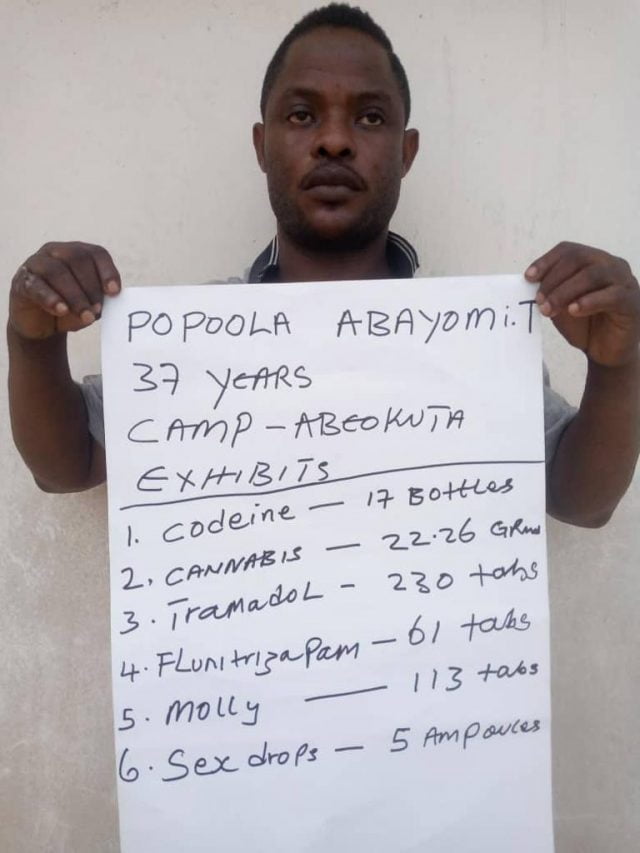 One of his salesmen, a motorcycle rider known as Ogah, was trailed to the location at about 8pm and arrested with six pinches of Colorado weighing 1.17grams before Popoola, who has been on the Agency’s watch list, was nabbed with different illicit drugs, including codeine – 17 bottles; cannabis – 22.26grams; tramadol 230 – 98grams; 61 tablets of flunitrazepam – 23.72grams; 113 tablets of molly – 48.16grams; and sex drops – 43.92grams.

After the arrest of the two suspects, some student union officials of the institution blocked the NDLEA team with their official vehicle.

The narcotic agents however restrained themselves and after hours of standoff succeeded in moving the suspects to custody.

In the same vein, one Adelodun Kamaldeen has been arrested by operatives of the Oyo State Command of the Agency at General Area, Ilorin, Kwara State following the interception of a parcel containing cocaine and heroin that weighed 10.5grams and 4.8grams respectively on June 13, 2021.

The two women were arrested with seven bags of cannabis weighing 77.23kg brought in from Ogbese, Ondo State to supply a man they simply identified as Alhaji. 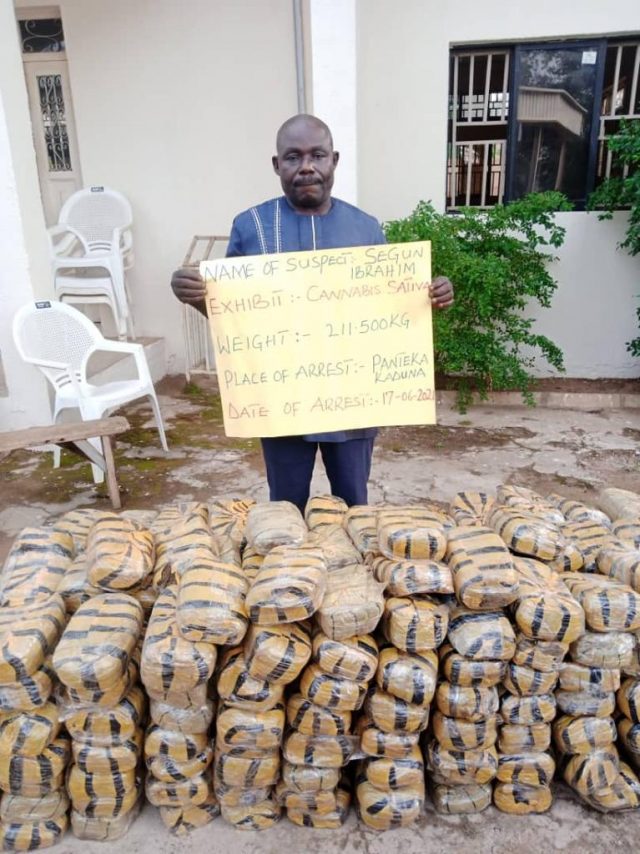 According to them, they had earlier supplied the same Alhaji two bags before coming with the seven bags they were caught with.

On June 18, 2021, operatives of the Oyo State Command acting on intelligence also raided the residence of one Alhaji Faruq at Elebu area, Akala Expressway, Oluyole LGA, Ibadan, where they recovered 43 ampoules of methylphenidate.

In Kaduna State, a drug trafficker, Segun Abraham, was arrested at Panteka area of the state on June 17, 2021 with 211.500kg of skunk heading to Kano State. 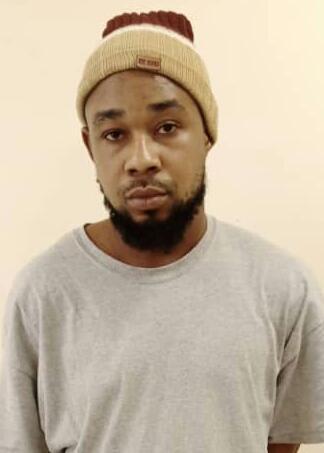 Meanwhile, a Nigerian returning from Pakistan, Ezenyeche Kingsley Ebuka, has been arrested by NDLEA operatives at the Murtala Muhammed International Airport, Ikeja, Lagos with five pellets of heroin weighing 250grams discovered in his anus.

The suspect had arrived the ‘D’ arrival hall of the airport on June 14, 2021 on Turkish Airline flight from Pakistan with the illicit drug inserted in his anus.

Ebuka however failed to beat the eagle eyes of narcotic officers during inward clearance of passengers on the flight. 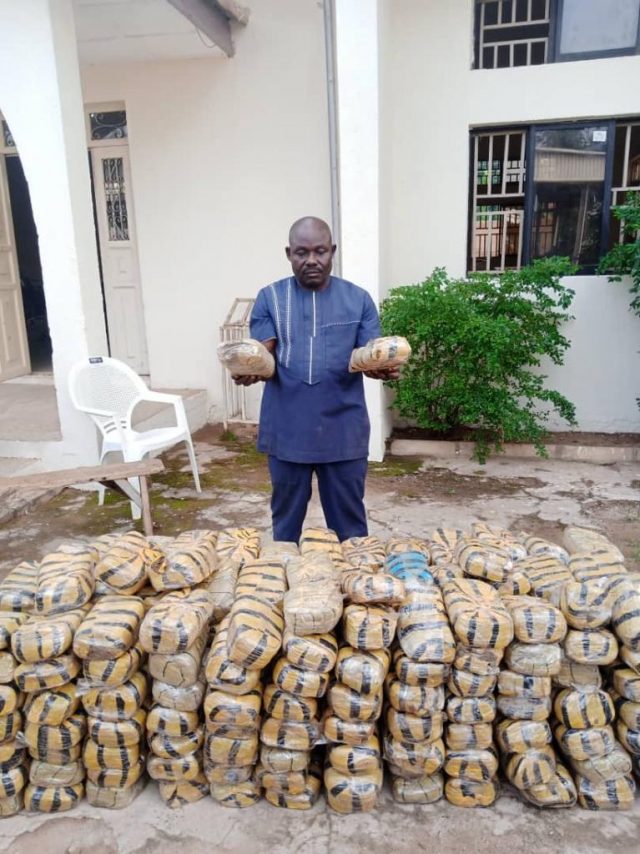 While commending the Ogun, Oyo, Kaduna and the MMIA Commands of the Agency for sustaining the offensive action against illicit drug trafficking and the cartels running it, the Chairman/chief Executive of the NDLEA, Brigadier General Buba Marwa, warned that the NDLEA will not spare any law enforcement agent hiding under the privilege of his uniform to engage in narcotic criminal business.

Marwa said: “Those who think they can sabotage ongoing efforts to rid Nigeria of the menace of illicit drug trafficking and abuse hiding behind the façade of their uniforms should better think twice because they’ll have NDLEA to contend with.

“We’ll not only arrest and expose them but we’ll equally prosecute them and seize all assets acquired through the proceeds of their criminal act.”