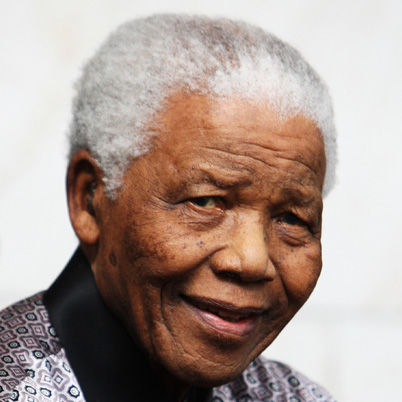 Nelson Mandela’s life is an open book. Volumes chronicle every aspect of his 94 years. However, all that changed earlier this month when he was hospitalized.
South Africa’s President Jacob Zuma and his spokesman have released several brief statements saying essentially that Mandela “continues recovering,” and that there’s “no crisis.” The latest, issued Monday, said Mandela would spend Christmas Day in hospital, with Zuma asking “all freedom-loving people around the world to pray for him.”
All this has done little to quell the widespread fear in South Africa and around the world that the end of the life of “Madiba” — as the beloved elder statesman is affectionately known here – is near.
After more than two weeks of rumor, speculation and cryptic comments, very little is known for certain about how Mandela is really doing as he recovers from surgery to remove gallstones and treatment for a respiratory infection.
Country ‘a bit nervous’.
It’s been his longest hospital stay since everything changed in South Africa, when Mandela was released from prison and apartheid ended some two decades ago.
“For a man of his age, Mandela is not doing badly,” Tokyo Sexwale, the government’s minister of human affairs, said in an interview in the garden outside his home.
Sexwale, who has known and worked closely with Mandela since the 1970s, is also a trustee of the Nelson Mandela Foundation, or “the center of his memory,” as Sexwale calls it.
He said the Foundation receives anywhere from 6,000 to 7,000 messages of prayer, support and concern every week for Mandela.
“I hope, Godspeed, he’ll still be with us for quite some time. The country feels a bit nervous, it’s like a family losing the father,” he added.
He did not reveal specific details about Mandela’s condition or prognosis.
“You have to speak quite loudly to him,” observed Peter Paul Ngwenya, who told NBC News that he was last with Mandela a few weeks ago.
“He is very forgetful,” he said of the man he clearly idolizes. “He does remember faces and he does remember names.”
Sexwale and Ngwenya are former freedom fighters and political prisoners, a generation younger than Mandela.
Sexwale was sentenced in 1977 to 18 years on Robben Island for treason and terrorism. He served 13 years, much of it while Mandela was there.
Trying to avoid ‘death-watch circus’
Ngwenya was convicted of similar offenses in 1985 and sentenced to 15 years. History was kind to him and as apartheid crumbled he was released early in 1990.
The government has been notably brief about their hero’s health.
Its line is that it must protect Mandela’s privacy, dignity, and give his doctors the space they need to care for him.
“They really don’t want to turn this into a ghoulish, death-watch circus,” said Brooks Spector, a retired diplomat, academic, and NBC News consultant in South Africa.
NBC.