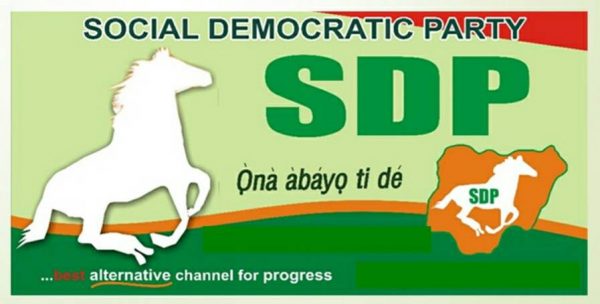 A chieftain of the Social Democratic Party, Dr Olu Agunloye, on Wednesday said the party remained the only viable alternative to deliver real change to Nigerians.
Agunloye, a former minister, made the statement in a telephone interview with the News Agency of Nigeria in Lagos.
He said the party has the programmes to move the country forward, with its focus on delivering development through good governance in the country.
The former minister said it was not by accident, but the belief in the SDP’s capacity to deliver, that some chieftains of other political parties defected to the party recently.
He described as a good development the defection of two former ministers, Prof. Tunde Adeniran and Prof. Jerry Gana, from the Peoples Democratic Party to the SDP.
Agunloye, who was the SDP candidate in the November 2016 governorship election in Ondo, described the duo as accomplished Nigerians.
He said their coming would add value to the party.
Agunloye, however, said the party had received other prominent politicians into its fold, while so many others had indicated interest to join the party.
He said: “The coming of Prof. Adeniran and Prof. Gana is a good development for the party. These are accomplished Nigerians and they would surely add value.
“But these two personalities are not the only prominent people that have joined the party.
“Just two days ago, a governorhip aspirant of the All Progressives Party in Adamawa joined the party with about 16,000 of his supporters.
“So many people have also indicated interest to join the party from across other political parties; we are expecting more people soon.”
Agunloye, however, said the party would welcome people who were ready to align with the vision to reposition the country and not people who were coming just to seek tickets for their aspirations.
On the speculations that SDP was in talks with former Vice-President, Atiku Abubakar, to join it, Agunloye said he had no knowledge of the moves.
He, however, said Atiku, just like other Nigerians, was free and welcomed to join the party.
He said: “Atiku is free to join our party. He is welcome to join us. I worked with him at the cabinet of former President Olusegun Obasanjo, and he is a man I respect a lot.”
Agunloye said the party had commenced registration for interested Nigerians across the country ahead of the 2019 elections.
He said Nigerians could identify with the vision of SDP by registering online and through other convenient mediums across the country.