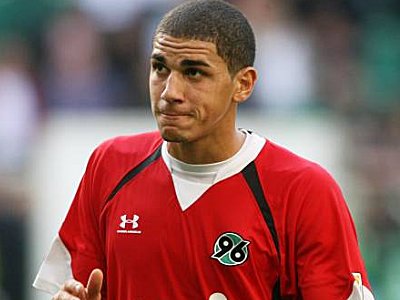 Nigeria defender, Leon Balogun, was sent off in Rangers’ 3-1 win over Motherwell in Scottish Premiership on Saturday.

Giovanni van Bronckhorst praised his Rangers side for adapting to Balogun’s first-half red card to beat Motherwell at Fir Park.

The much-changed visitors took the lead after 14 minutes although it was unclear whether home keeper Liam Kelly had handled into his own net from a Connor Goldson header or if Gers midfielder Scott Wright got the last touch.

However, Balogun was shown a straight red card in the 29th minute for a heavy tackle on Dean Cornelius, with defender Calvin Bassey immediately replacing attacker Amad Diallo, and it looked like momentum was going Motherwell’s way when Ross Tierney levelled with a 35th-minute header.

But Rangers started the second half strongly and there was no doubt that it was Wright who drove in their second goal two minutes after the restart to restore their lead.

Skipper James Tavernier then slotted home a penalty just after the hour mark to take the Light Blues three points behind leaders Celtic, who play at Ross County on Sunday.

“The red card changed the momentum for us, we had to adjust our game plan but I think it worked out well, especially when we have a lot of speed up front.

“Defensively we didn’t give anything away, especially in the second half.

“So I am really proud of our players because we had to dig deep but at the end we were really happy with the win.”

On Balogun’s sending off, the Dutchman said: “It is a tackle from Leon, he wanted to win the tackle but the margin is little and the ref decided to give the red card and we have to respect that and move on and make sure we had the focus on the minutes we had to play after that.

“We conceded the goal of course but we changed the game in the second half and we are happy with the win.”

Motherwell boss Graham Alexander bemoaned an opportunity lost against the 10-man visitors and called for a change in mindset from his players.

He said: “Forty-five minutes really good, pressed them all over the pitch, committed as a team, caused them problems, pressured them, didn’t give them time on the ball to try to dictate or get their game going.

“I thought at 1-1 and them being down to 10 men, the game was there for us to take but we had to stay on the front foot and put pressure on them and press them but we didn’t do that in the second half.

“We let them pop it around at the back and clip it over our heads without putting any pressure on it and they walked through our team to score the second goal.

“It happened to us previously, in the first game back after the break (3-1 defeat to Ross County) when we did the same when the opposition went down to 10 men and we took a step backwards and we got punished. A carbon copy today.

“It is real disappointment for us because if we had pressed as well as we did in the first half there is a possibility we could have won the game, without a doubt.

“We need to fix this mindset, where we have to be so disciplined and dictate to ourselves that taking a step backwards is the worst thing we can possibly do because we’re not good at it.

“We have to be on the front foot. The first half and second half was a complete contrast and that’s why we lost.”