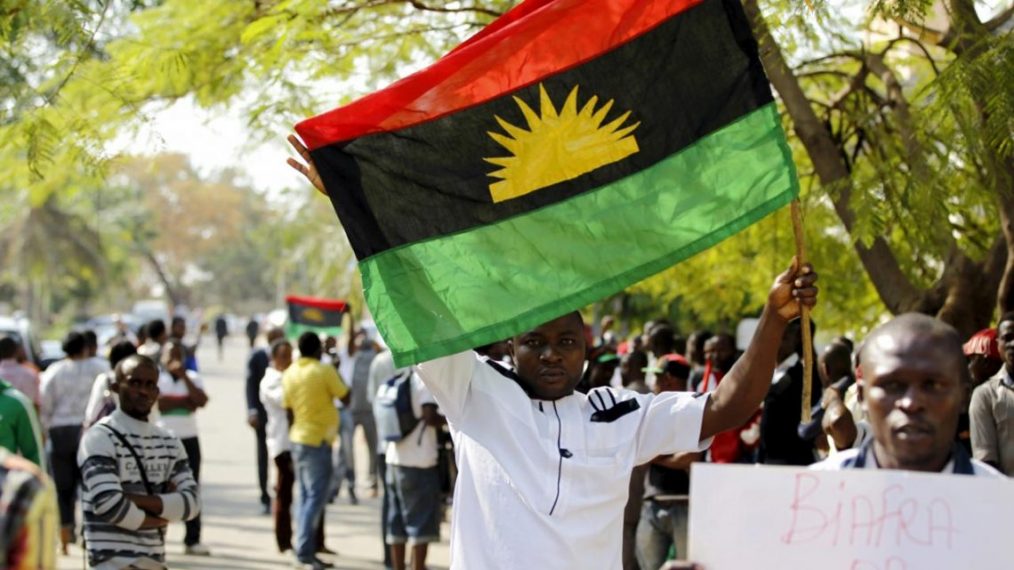 Security operatives have eliminated scores of criminals linked to the outlawed Indigenous People of Biafra and its Eastern Security Network.

The Defence Headquarters said in Abuja on Thursday that the criminals were eliminated in the South East and parts of the South South.

The Acting Director, Defence Media Operation, Brigadier General Bernard Onyeuko, told newsmen that the criminals were eliminated in different operations between June 3 and 16.

Onyeuko said the military and other security agencies had contained several IPOB/ESN activities such as attacks on police stations, killing of security operatives and civilians as well as destruction of properties in the zones.

He said the operatives raided the hoodlums’ hideouts at Ukpong in Obot Akara Local Government Area of Akwa-Ibom on June 4 and dislodged the criminals.

He added that on same day, the troops engaged and repelled some IPOB/ESN hoodlums who attacked Okposi town in Ohaozara Local Government Area of Ebonyi State and the Criminal Investigation Department, Abia state Police Command.

“In another development on same day, troops tracked and apprehended some hoodlums who vandalised and stole railroad sleepers at Nkwubor Road within Emene in Enugu East Local Government Area of the state.”

The spokesperson also said the Federal Government had engaged in an extraordinary non-kinetic approach to the seemingly intractable security challenges in the Southeast.

Onyeuko said the Minister of Defence, retired Major General Bashir Magashi, on June 11 led a delegation to Enugu for a security meeting with stakeholders in the geopolitical zone.

According to him, the Minister was accompanied by the Minister of Interior, Rauf Aregbeshola, and Chief of Defence Staff, Generak Lucky Irabor, as well as representatives of the Service Chiefs.

He said: “During the summit, a whole range of security challenges were discussed with governors of the Southeast states, religious leaders, traditional rulers, opinion leaders and other stakeholders in attendance.

“The discussions and decisions reached at the end of the security summit were far reaching and would go a long way in bringing peace to the region.”

Onyeuko said in the South West, troops of Operation AWATSE had sustained their operations against criminal elements to restore law and order to troubled areas.

According to him, troops mobilised to the scene and engaged the herdsmen, during which some of them were neutralised, while others fled with gunshot wounds.

He said the troops raided some criminals’ hideouts at Ona-Ara Local Government Area of the state and arrested suspects on June 7.

Onyeuko said the suspects had been handed over to appropriate prosecuting agencies for further action.