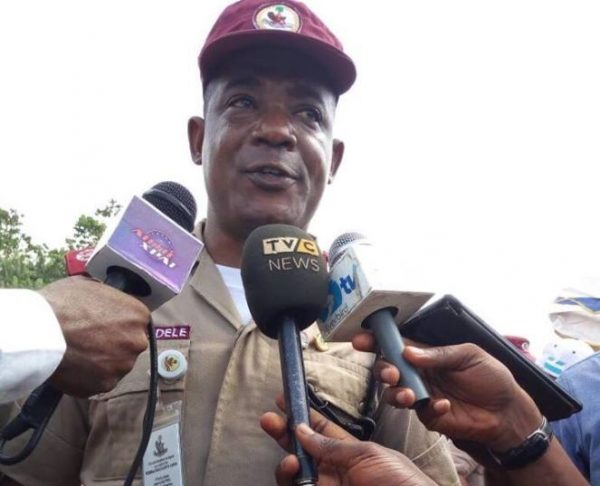 No fewer than 31 persons including children sustained various degrees of injuries in an accident involving a luxury bus opposite Nasfat around Mowe on Lagos-Ibadan expressway on Saturday.
Clement Oladele, the Sector Commander, Federal Road Safety Corps in Ogun, confirmed the incident to News Agency of Nigeria in Abeokuta on Sunday.
Oladele explained that the accident occurred around 4:38 p.m. and was caused by excessive speed and loss of control around the construction zone.
He said that 50 persons were involved in the accident which comprised 19 male adults, 20 female adults, six male children and five female children.
“31 persons sustained various degrees of injuries, made up of 10 male adults, 14 female adults, three male children and four female children. Fortunately no death was recorded from the crash.
“The lone crash involved a Yutong Luxurious Bus with registration number LND 119 XY,” he said.
Oladele explained that most of the injured victims were rescued to hospitals for medical attention.
The FRSC boss advised motorists to drive cautiously, avoid speed especially around construction areas and obey traffic rules and regulations.