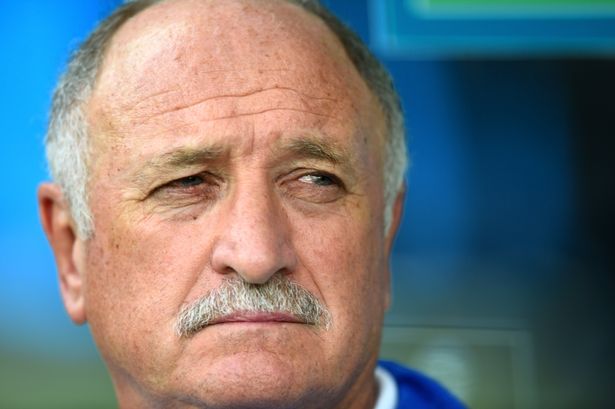 Luiz Felipe Scolari has been offered a job as Colombia’s national team coach, the former Brazil, Portugal and Chelsea manager said on Tuesday.
Scolari, who led Palmeiras to Brazil’s Serie A title last month, said he was mulling over the offer to replace Jose Pekerman.
Pekerman had resigned after Colombia were knocked out of the 2018 FIFA World Cup by England in the second round.
“There has been an approach, yes (by Colombia),” Scolari said in an interview with ESPN Brasil. “It is a role which, now that the season is over, we can think about more clearly.”
The successful coach appeared reticent about the offer and pledged to consider both his family situation and that of Palmeiras.
At the Brazilian club, he has enjoyed several spells in charge and formed a special bond with fans.
“Over the past 20, 25 years, I have spent 80 percent of my time outside Brazil. So, I need to think about certain family aspects,” said the man known as Felipao, or Big Phil.
He added: “I also have another family: the Palmeiras family. The way in which they respected me, received me, the connection between Palmeiras fans, I need to think.
“You need to know that, when you are in a place where you are respected, it is worth more than other values and situations you have thought about.”
Scolari famously led Brazil to their 2002 FIFA World Cup triumph in Japan.
But he is also remembered as the man in charge when they suffered their most embarrassing defeat, a 7-1 drubbing by Germany at home in the 2014 World Cup semi-final.
He also took Portugal to the World Cup semi-final in 2006 and has won titles in China and Uzbekistan.
Scolari however enjoyed a less successful spell at English Premier League club Chelsea which ended after just eight months in charge in 2009.