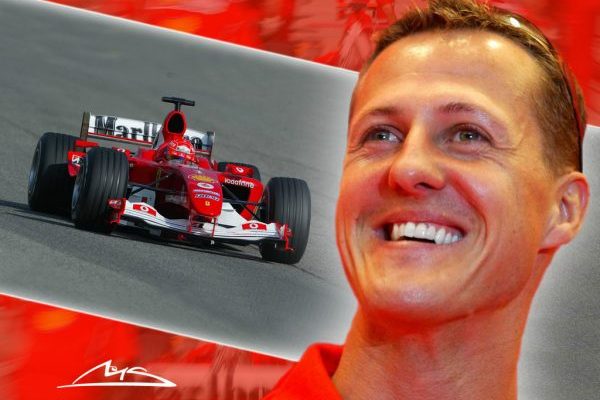 Michael Schumacher is “conscious” after stem-cell treatment and has been visited by former Ferrari boss Jean Todt at the Paris hospital, a report claims.
The seven-time Formula One champion was seen with FIA President Todt on Wednesday after he was admitted to Georges-Pompidou hospital on Monday.
Schumacher, 50, is understood to have received transfusions of inflammation-reducing stem cells.
A nurse told Le Parisien: “Yes he is in my service … And I can assure you that he is conscious.”
The German, who suffered a near-fatal brain injury in a 2013 skiing accident in the French Alps, is expected to be discharged.
Le Parisien reported that Todt spent around 45 minutes with Schumacher before leaving discreetly on Tuesday afternoon.
Todt had been in Chatres earlier attending the funeral of F2 racer Anthoine Hubert following his tragic death in the Belgian Grand Prix on August 30.
It is understood that Todt, along with other Formula One associates, journeyed to visit Schumacher after the service.
Indeed, Mick Schumacher, Michael’s son and an F2 driver himself, had also been at Hubert’s funeral.
Mick was with his father in Meribel when the accident happened on December 29, 2013.
Schumacher hit the right side of his head on a rock, splitting open his helmet.
Doctors worked frantically to remove blood clots from his brain, but some were left because they were too deeply embedded.
Since September 2014, he has received round the clock specialist care at his home in Lausanne, Switzerland, on the banks of Lake Geneva.
He is visited only by close friends, none of whom have divulged specifics about his state of health.
Le Parisien, citing sources it did not name, said Schumacher has been treated at least twice previously at the Georges-Pompidou hospital, admitted each time under a false name and treated by a small medical team.
Schumacher remains motor racing’s most successful driver, with a record 91 Grand Prix wins.
He won his first two titles with Benetton in 1994 and 1995 before five in a row with Ferrari between 2000-2004.
Schumacher’s family fiercely protects his privacy.
Thick forest around his castle-like home and high surrounding walls provide sanctuary from fan and media intrusion.