School girl, teacher killed as weak roof lands on them during rain 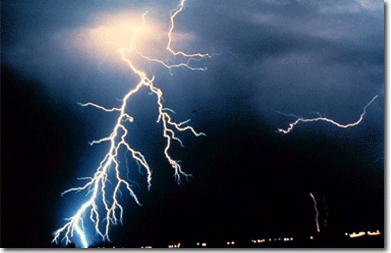 A primary school girl and a teacher were killed and many others severely injured during a heavy rain at a school in Aregun Ilara Village, Ogijo in Sagamu Local Government Area of Ogun State.
The teacher and the 10-year-old girl were killed by thunder after the storm ripped off the roof of the classroom where they hid.
The victim, identified as Fabian Lawal, was a primary five pupil.
She sustained injury but died before she could be rushed to a nearby hospital.
Three other teachers also sustained injury and are now in coma at at the Olabisi Onabanjo University Teaching Hospital Shagamu.
The incident happened on Monday.
It was gathered that before the rain started, the teachers took the students out of the classrooms to where was considered a safe place at the back of the classroom.
A resident of the area said: “The students and their teachers were all outside the classroom, believing was they were safe, but unfortunately the wind pulled down the school roof and it landed exactly where the pupils and their teachers were hiding.”
Pupils who did not follow their teachers when they were taking others to a safe place were the ones who ran into the community to call some elders about those trapped under the uprooted roof.
The resident said the structure of the school was weak because it had been built since 1955.
When our correspondent visited, the school bags and shoes of the students littered the scene of the incident.
Some sympathisers were seen trooping to the school to catch a glimpse and the extent of the damage.
Olushola Lawal, mother of the girl who died, said amidst tears: “When my daughter was leaving for school on Monday morning, I never knew that would be the last time I’d see her. I was inside the room sleeping when her younger sister rushed in, crying and at the same time shouting: Mummy! Mummy! Fabian is dead. When I got to my daughters’ school, I met a crowd. I went straight to her class only to be told that she has been rushed to the hospital. I left immediately to the hospital. It was there I was told she had died before she was taken to the hospital.
“Before she left home that fateful day with her younger sister, she promised to take care of me. She also promised to buy me a car and build a house for me and their father when she grows up.”