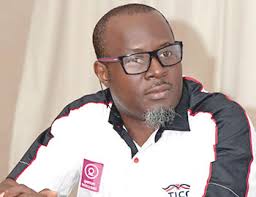 For the better part of the month of June, Emirates, one of the friendliest international carriers doing business in Nigeria, withdrew its well-known solidarity. So did a number of other airlines, including South African Airways and British Airways. Travel agents could not access the inventories of these airlines (Emirates, South African Airways and British Airways) through the specialised platform known as Global Distribution Systems. This was due to the confusion about the Rate of Exchange and that crippled activities for a few days.
It was a moment of unimaginable suspense for the Nigerian travel industry and when we eventually came out of that, some of the airlines took some far-reaching decisions that will remain hurtful to the interests of Nigerians for a while.
Emirates, for instance, cancelled its second daily flight to Lagos, merging two flights into one. Some other airlines have reduced the capacity of the aircraft that they bring to Nigeria. Ticket fares took a frightening leap and because of this, thousands of Nigerians who depended on the affordable, safe and ever hospitable services of these airlines would be unable to travel this year.
A few months before now, the United States of America’s United Airlines announced the cancellation of its Lagos – Houston flight. The airline joined Spanish-owned Iberia Airline, which exited Nigeria for the same reasons for which United Airlines left and Emirates has reduced the frequency of its flight into Lagos, Nigeria’s commercial hub.
So, what are the reasons behind these business decisions?
The most commonly adduced motive is the foreign exchange policy of the Federal Government which has, for a number of months now, made it impossible for the airlines to repatriate funds back to their countries.  As of March this year, the International Air Transport Association  put funds belonging to foreign airlines, which had been trapped in Nigeria as a result of the Federal Government’s policy on foreign exchange at $575m (N113.28bn). All foreign airlines doing business in Nigeria are affected by this and it has affected their capacity to do business effectively.
Before now, we never had issues with the airlines because government had a fixed rate but the recent decision for flexibility has drastically affected the backlog of remittances that the foreign airlines should have made to their home countries.
In addition to this, foreign airlines are also not allowed to pay taxes to the Federal Government in naira, so they have to spend the dollars which they cannot take out of Nigeria to fulfil their obligations.
One of the effects that this monetary regime has had in cases when airlines have not moved out or contemplating moving out is the near astronomical rise in ticket fares.  With this, a lot of the opportunities available to travel are virtually out of the reach of the average Nigerian worker who would ordinarily love to take a journey out of the country during the approaching summer session.
The second reason, also common to the airlines that have left and those still battling with the situation, is a corollary to the first. Of course, when fares get out of the reach of the average traveller, the concept of opportunity cost arises as one alternative is forgone for another expedient one, the travel option suffers!
Hence, there has been considerable decrease in the patronage of airlines such that Iberia and United Airlines felt that trips to Nigeria were no longer worth the trouble and Emirates cut down the frequency of its flights. Only God knows who is coming next and what things the next decision may affect.
One thing that is sure however is that the country is the loser at the end of the day. Although these airlines do business and gain profits in Nigeria, they will very easily move to the next country with better business competitiveness once Nigeria proves unfriendly. United Airlines did not hide the fact that it was deploying the Boeing 787 withdrawn from Lagos to the San Francisco to Tel Aviv route, for instance. So, our loss is the gain of some other countries who take their travel business more seriously.
Only that the repercussion transcends the mere loss of an airplane to Israel. Policy somersaults and lack of official attention to the travel industry in the country have enormous effects on our economy.
There is the joke that government in Nigeria sees air travel as a luxury. This is one of the most laughable things anyone could contemplate. How could a means of transport which facilitates business for people of all economic strata across the globe be seen as a luxury? Serious countries treat this industry with utmost attention because it is a necessity which makes commercial transactions safe and fast and seamless. Nigeria should be in the league of such serious countries as a result of the benefits that accrue from the industry even now that it is not entirely organised.
Government needs to recognise every stakeholder in the implementation of policies that affect the industry. Pressure groups like the National Association of Nigerian Travel Agents need to be constantly consulted when policies that affect the aviation industry are being considered.
. Bernard, who writes in from Lagos, is the President of the National Association of Nigerian Travel Agents.