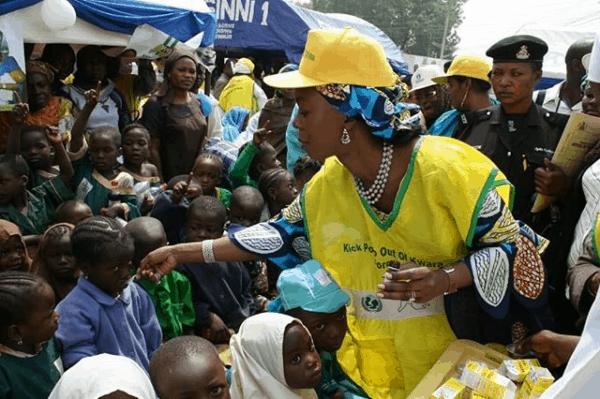 An NGO, the Wellbeing Foundation Africa, has welcomed the milestone of Nigeria being free of Wild Polio Virus for three years.
Its Founder, Toyin Saraki, said in statement on Wednesday in Lagos that the last case of WPV was detected on August 21, 2016, in Borno.
She said: “Since then, no new cases of WPV have been detected in any part of Nigeria.
“This is a major step toward certifying our country as WPV free.”
However, the founder said that the country must celebrate cautiously and without complacency.
According to her, to sustain this success, the country must continue Polio mass immunisation campaigns with the same great drive and commitment as before.
She said: “This is vital in order to ensure that all children are protected against polio, including the Circulating Vaccine Polio Virus which can occur in areas with weak routine immunisation coverage, and other vaccine-preventable diseases.’’
Saraki said that the foundation’s Maternal Monday social media advocacy campaign and MamaCare Frontline programme were committed to supporting the immunisation work of the World Health Organisation in Nigeria.
She also pledged to support the National Primary Health Care Development Agency, the Federal Ministry of Health and the National Centre for Disease Control.
She said: “Giving mothers access to information on the safety and importance of vaccines is a necessity in order to empower them to make immunisation choices in the best interests of their children.”