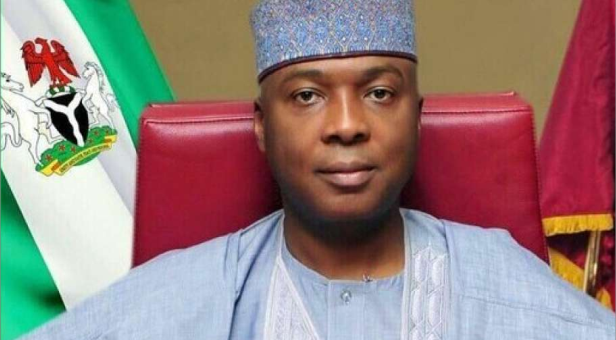 The Senate President, Dr. Abubakar Bukola Saraki, will on Sunday in Ilorin, Kwara State honour 71 students from the State who graduated with First Class from Nigerian universities during the 2015/2016 academic session.
Adeyinka Adekeye, the Project Manager, Saraki Employment and Empowerment Centre, told newsmen that the Senate president would announce scholarships for the 71 scholars in appreciation of their extraordinary performance.
According to him, the scholarship is a demonstration of Saraki’s belief in the pursuit of excellence as the hallmark of human capital development.
Adekeye explained that 11 of the students obtained their degrees in Mathematics, six in Economics, five in Biochemistry, four in Civil Engineering and three each in Computer Science, Statistics and Microbiology.
Adekeye said: “We believe that this is, by all standards, a feat that is worthy of celebration.
“It is in light of this that Dr. Saraki, has lined up a number of activities to celebrate these scholars for their outstanding performance.
“Dr. Saraki will be hosting the Kwara scholars and their parents to a grand dinner on Sunday, December 18.”
Adekeye said the scholars would attend a mentoring session where they would inspire selected students of both public and private schools across Kwara State with their stories of exceptional performance.
He said the rationale behind the session was not only to encourage the pursuit of excellence but also to inspire future generations.
According to him, 18 of the 71 students are from Ilorin West Local Government Area, 12 from Ifelodun, nine from Irepodun, while seven are from Offa.
Ilorin East and Isin Local Government Areas produced five First Class graduates each; Ekiti, Asa and Oyun had three each; Moro had two; while Baruten, Edu, Ilorin South and Oke-Ero had one each.
Adekeye said that SEEC was established to promote excellence and develop human capital.