The Chairman of the Peoples Democratic Party Reconciliation Committee, Dr. Abubakar Bukola Saraki, has concluded the first phase of his bid to reconcile the Oyo State Governor, Seyi Makinde, and a former Governor of Ekiti State, Ayo Fayose.

Saraki, former President of the Senate, concluded the first phase of the reconciliation process with a meeting with Makinde on Friday.

He had earlier met with Fayose.

According to the former two-term Governor of Kwara State: “As part of our ongoing efforts to reconcile the leaders and members of our great party, last week, I had a meeting with the former Governor of Ekiti State, Ayodele Fayose.

“As a follow-up to that engagement and consultation, this evening, I just wrapped up an extensive but fruitful  meeting with Governor Seyi Makinde of Oyo State.

“As we continue to listen to and learn about the concerns of stakeholders of  our party, it is great to observe their willingness to work towards forging a stronger and more united Peoples Democratic Party.” 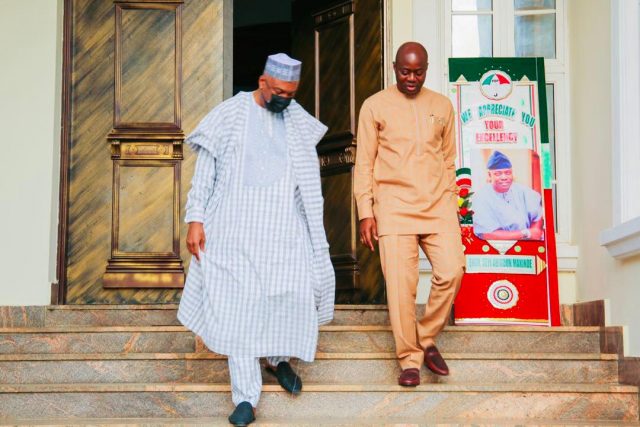 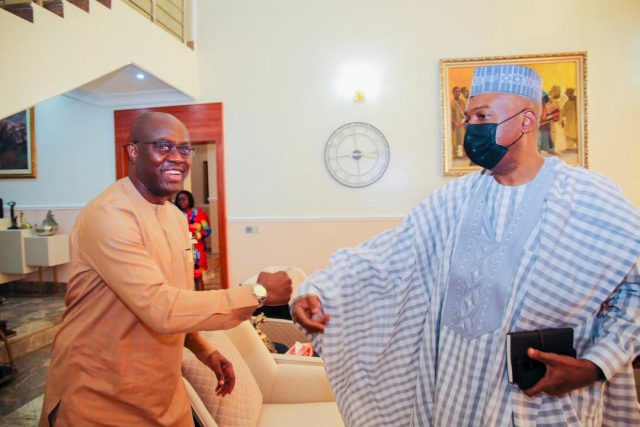