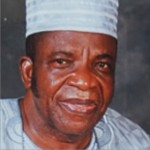 Eminent senior citizen and Senate Leader in the Second Republic, Dr. Abubakar Olusola Saraki; the first Military Governor of Old Kwara State, Brigadier-General David Bamigboye; and two business icons of Kwara State origin, Chief Samuel Adedoyin and Chief Emmanuel Adesoye, were among prominent Nigerians honoured by the Kwara State Association of Nigeria, United Kingdom and Ireland for their contributions to the development of the state.
Saraki received the Platinum Award for keeping Kwara State visible to Nigeria, while Bamigboye and the Chairman/Chief Executive Officer, Doyin Group of Companies, Chief Samuel Adedoyin, were both conferred with Gold Award for their contributions to the development of the state.
Adesoye, a United Kingdom trained Chartered Quantity Surveyor and Chairman, Adesoye Holdings Limited, was conferred with a Gold Award for his contribution to Business Development in Kwara State.
Speaking at the occasion, the Governor of Kwara State, Alhaji Abdulfatah Ahmed, described the awardees as prominent Kwarans who have made immeasurable contributions to the growth and development of the state.
“These prominent sons of Kwara State have over the decades remained major pillars in their different walks of life. General Bamigboye, for instance, set the foundations for the socio-economic development of Kwara State, while Dr Saraki’s father-figure in the state and beyond has remained so strong,” Ahmed noted.
Ahmed, who described the honourees as pacesetters, said their impeccable achievements serve as motivation for his administration and source of commitment to the pursuit of its shared prosperity programme, premised on human capital development, provision of social services to the people of Kwara State and stimulation of impactive economic growth.
He advised Kwarans to also remain steadfast in seeing the honours as sources of inspirations in their individual endeavours.