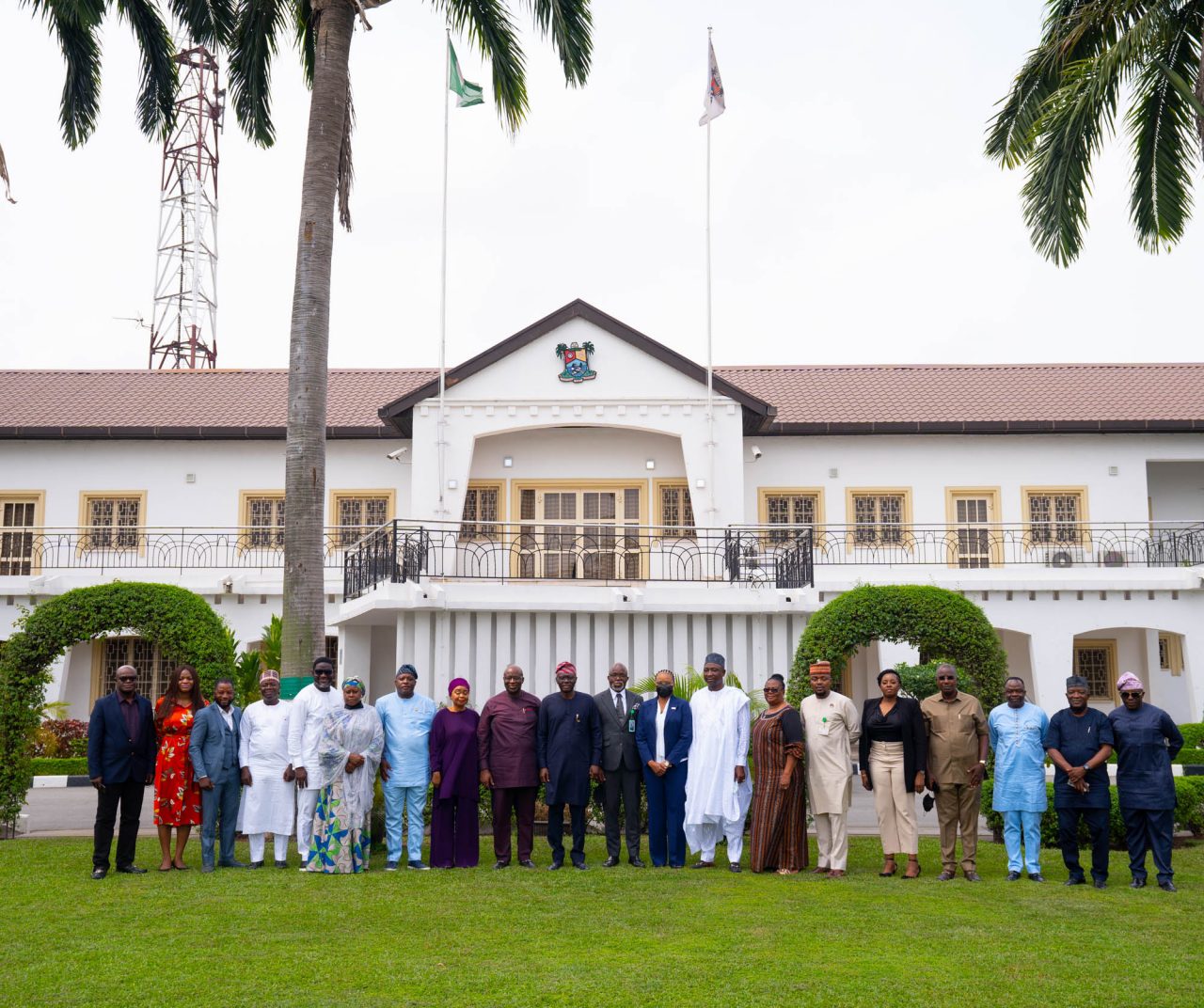 The Government of Lagos State is delighted that the ‘Centre of Excellence’ was chosen to host the inaugural edition of the Aisha Buhari Invitational Women’s Tournament, and has promised to leave no stone unturned to stage a memorable tournament.

Speaking on Friday when members of the Local Organizing Committee of the tournament, led by NFF 1st Vice President/Chairman of Lagos State FA, Seyi Akinwunmi, paid him a courtesy visit at the State House, Marina, Sanwo-Olu did not hide his enthuasiasm, and confessed a deepening love for football and especially the women’s game.

He said, “Football is one of the lead factors that bridge the gap and bring communities closer together, and is enabling a more exciting world.

“The women’s game has continued to pull its weight and can be said to be presently at par with the men’s game in the euphoria that it generates, and the sheer class, stamina, excellence and expertise that the players put on display.

“Lagos State, the State of aquatic splendour, is delighted to be named as host of this very important invitational tournament. We will aim to not only host a tournament befitting of the name and positive values that Her Excellency projects and promotes, but also want to showcase our state and the country at large through an efficient and effective organization that will be talked about for a long time.”

The governor lauded the president of Nigeria Football Federation and FIFA council member, Mr Amaju Pinnick, for being “highly dedicated and passionate about the sport, and who always believes and works hard to make things happen.”

Sanwo-Olu recalled the role Lagos State government played in the Super Eagles travelling by waterways to the 2021 AFCON qualifying match against Benin Republic in Cotonou in March this year, and stated that the exercise had already produced direct spin-offs.

“We have signed contracts to build nine mini-stadia across the state and these will be of immense value to the youth of this country who are highly talented but only need infrastructure to nurture to world standard.”

Insisting that the ongoing renovation work at the Teslim Balogun Stadium will make the facility the best in the country, Sanwo-Olu said Lagos will be ready and proud to host First Lady, Dr (Mrs) Aisha Buhari, during the tournament, and assured that the tenacious football fans in Lagos will add much colour to the week-long tournament.

Speaking earlier, Pinnick informed Governor Sanwo-Olu that the LOC members were A-list individuals carefully drawn from the football, business and political spheres, and are already aligned to the fact that the Aisha Buhari Invitational Tournament must meet the best standards possible anywhere.

“I want to specially thank Governor Sanwo-Olu for the role he has played in supporting the Super Eagles and other national teams, but let me say here that the month of September is a loaded one.

“The Super Eagles will kick off their 2022 World Cup qualifying race against Liberia in Lagos on 3rd September, and then fly from here to play Cape Verde away.

“The Aisha Buhari Cup is a very big project, because nothing must go wrong. We want to do it so well that subsequent editions will have a template to fall back on.”

Chairman of the LOC, Akinwunmi, praised Sanwo-Olu for his tremendous support and encouragement of football in Lagos State and nationally, and pledged that the committee would organize a tournament  worthy of the name of the First Lady and which honours the Centre of Excellence.