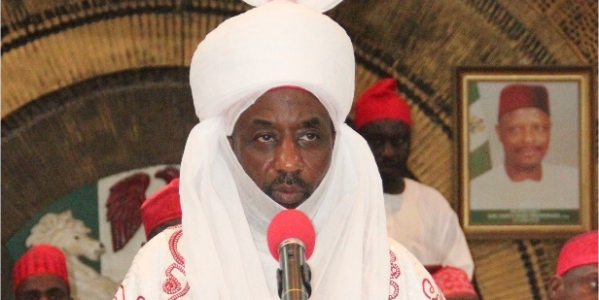 The Kano State Public Complaints and Anti-corruption Commission says it is exploring suitable options at its disposal following the ruling delivered by a Kano Federal High Court.
The ruling is on the commission’s interim investigation report on the alleged misappropriation of N3.4 billion by the Kano Emirate Council.
This was contained in a statement issued by the Commission’s Chairman, Muhyi Magaji-Rimingado, to newsmen in Kano on Monday.
Magaji-Rimingado said: “This Commission is in receipt of a ruling delivered by the Federal High Court, Kano, on Friday, February 21, 2020, in a suit No. FHC/KN/CS/102/2019, Muhammadu Sanusi II V Public Complaints and Anti-Corruption Commission & 2 Others.”
According to him, the applicant (Sanusi) had approached the Court to seek for the nullification of the Commission’s Interim Investigation Report dated May 31, 2019 and submitted on June 6, 2019.
The court in its judgment voided the report on grounds of lack of fair hearing under Section 36 of the Constitution of the Federal Republic of Nigeria 1999 (as amended).
He noted that the court in its wisdom quashed the interim investigation report on the basis of non-invitation of the applicant.
The court held that it violated the applicant’s fundamental human right to fair hearing and awarded N200,000 cost of instituting the action against the commission.
Magaji-Rimingado said: “Having studied the ruling of the Honourable Court, it is our understanding that, the Honourable Court presided by Justice O.A. Egwuata did not stop the Commission from further investigating the case and or submitting a report after hearing from the Applicant.
“Consequently, the Commission has two options for consideration: Firstly, to appeal the judgment as there are numerous grounds of appeal.
“Secondly, continue with the investigation since the case has been decided and invite the Emir in compliance with the Court ruling.”
He explained that the interim report under reference was submitted because of obstruction of the ongoing investigation by the Applicant, which hindered progress of the process.
“The Commission is exploring suitable options available at its disposal as the matter is still under investigation,” he assured the public.