SANs tackle US, NDLEA over Kashamu 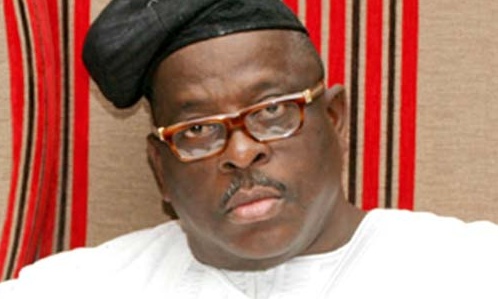 Three Senior Advocates of Nigeria – Lateef Fagbemi, Alex Izinyon and Akin Olujimi – on Tuesday described as illegal any attempt to extradite Senator Buruji Kashamu.
oint statemFagebmi, Izinyon and Olujimi, in a jent, said the United States and the National Drug Law Enforcement Agency would be overstepping their bounds by attempting to extradite the senator.
The SANs said: “The US did not appeal against any of the two UK judgments in favour of our client. The judgments therefore, remain binding against the US and Nigeria for ever. Rather than appeal against those judgments, what the US did next was to latch on to the conducive atmosphere in Nigeria brewed by the political enemies of our client, who even though aware that the US had lost out twice in UK courts against our client, mounted unholy pressure on the former Attorney General to commence extradition proceedings against our client. He was therefore forced to approach the courts in Nigeria for redress. Just as the English courts had ruled in his favour, four different courts in four different suits in Lagos and Abuja found in favour of the Senator.
“Notwithstanding the various subsisting decisions referred to above given by English and Nigerian courts all outlawing the extradition of our client, the NDLEA is, in clear disobedience of the various judgments, still plotting clandestinely with other security agencies at the behest of US agents to forcibly abduct our client and smuggle him to the US.
“Our client’s US lawyers had filed the suit under a law of the United States which the District court in the US held did not create a private right of action. Our client’s US solicitors appealed against the decision of the District Court in 2016. It was that appeal that the US Court of Appeals pronounced upon on 23rd January, 2017 by affirming the decision of the District Court which held that the statute ‘did not create a private right of action’. In other words, it is not open to any individual to predicate a suit on the statute. Clearly, that was not a decision on the merit of the issues submitted to the court.
“We are in agreement with the court that mere presence of a US employee during an arrest by local officials in a foreign land and even assisting the local officials in an arrest will not amount to attempted abduction. What was not put before the US court of appeals for determination and which the court did not decide is a situation where the local courts in the foreign land had given express orders prohibiting arrest, abduction and/or detention, as done by the Federal High Court in its judgments prohibiting the NDLEA and other security operatives from arresting or removing and exporting our client to the US. Any arrest or removal in breach of the orders of the Federal High court will unarguably amount to abduction as defined in Article 2 of the United Nations International Convention for the Protection of All Persons from Enforced Disappearance adopted by the General Assembly on 20th December, 2006 to which the attention of the US Court of Appeals was not drawn. Indeed Article 5 of the Convention renders perpetrators of enforced disappearance and the State which organize, acquiesce in or tolerate such disappearances liable under civil law, without prejudice to the international responsibility of the State concerned in accordance with the principles of international law.
“The U.S. court of appeal did not purport to and cannot overrule the decision of any Nigerian court which must be obeyed, except set aside by a higher court in Nigeria…We have no doubt the NDLEA will backtrack from its enthusiasm after reading our analysis of the judgment. It is also worthy of mention that the Central Authority in matters of extradition from Nigeria is the Honourable Attorney General of the Federation. The role of the NDLEA is no more than to provide information that the Attorney General may require in regard to any request for extradition. So, the only authority who can speak as to what Government is doing on any request for extradition is the Attorney General of the Federation. We are not aware that the Hon. Attorney General has assigned or delegated his statutory authority to the NDLEA.”