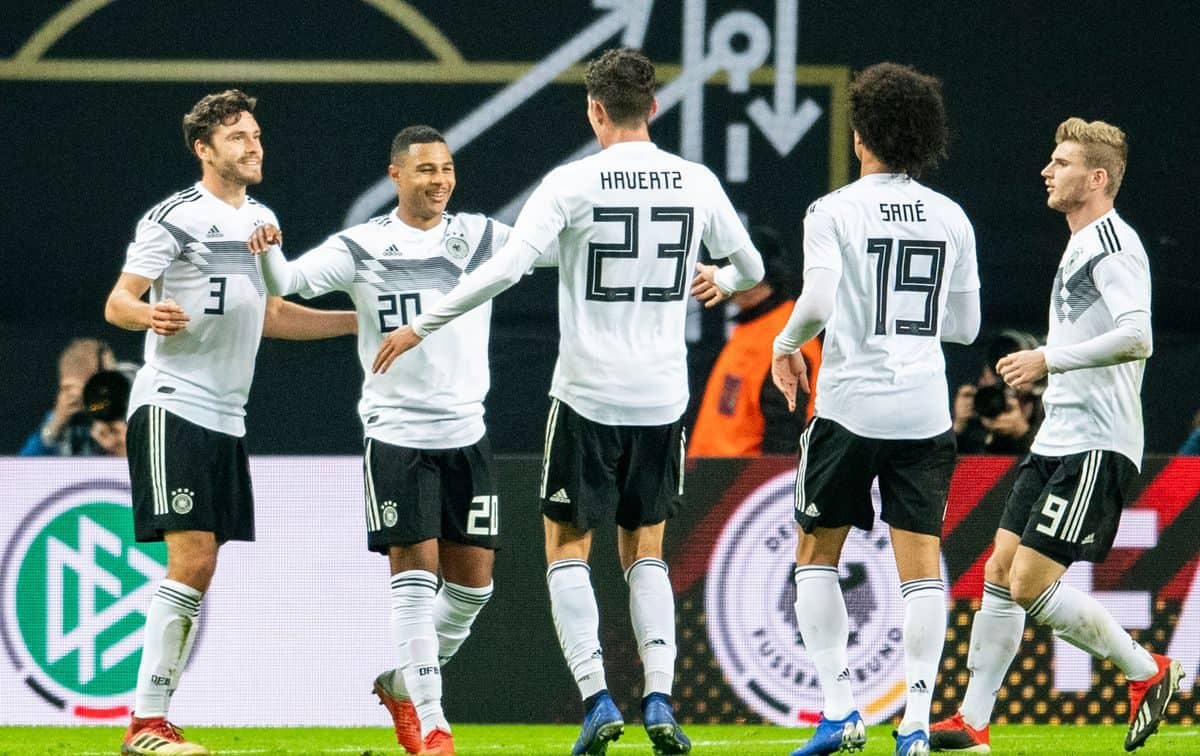 Germany eased past hosts Belarus 2-0 with goals from Leroy Sane and Marco Reus on Saturday to make it two wins from their first two Euro 2020 Group C qualifiers.
The three-times European champions, who suffered a shock 2018 FIFA World Cup first round exit last year before being relegated in the inaugural Nations League, were desperate to impress.
They needed to build on their opening qualifying win over Netherlands in March, and took a 13th minute lead when Sane shook off his marker and fired in from close range.
Belarus responded by forcing a fine save from Manuel Neuer, who punched Nikita Naumov’s 30th minute header over the bar for the hosts’ best chance in the game.
The visitors struck again, through Reus in the 62nd minute, after a clever assist from Matthias Ginter.
They also hit the post through Sane’s 84th minute header as they held on to dominance.
The result lifted the Germans to six points, three behind leaders Northern Ireland who beat Estonia 2-1 for their third win in three qualifiers.
Belarus suffered their third straight loss and are in last place, having scored only one goal.
“It was a solid performance on which we can build. We want to develop as a team,” said Germany assistant coach Marcus Sorg, who replaced Joachim Loew as head coach for the game.
Loew was briefly hospitalised days ago following a sports injury.
“The win was above everything. We had to overcome some challenges against a very defensive opponent. Overall, we did it well,” said Sorg, who will also be in charge in Tuesday’s qualifier against Estonia.
Earlier on Saturday, Northern Ireland came from a goal down to beat Estonia 2-1 in Tallin.
Conor Washington cancelled out the hosts’ lead, through Konstantin Vassiljev’s low first half free kick.
Fellow substitute Josh Magennis completed the turnaround in the 80th minute to keep Northern Ireland top of the standings.
They next travel to Belarus on Tuesday.
Reuters/NAN.