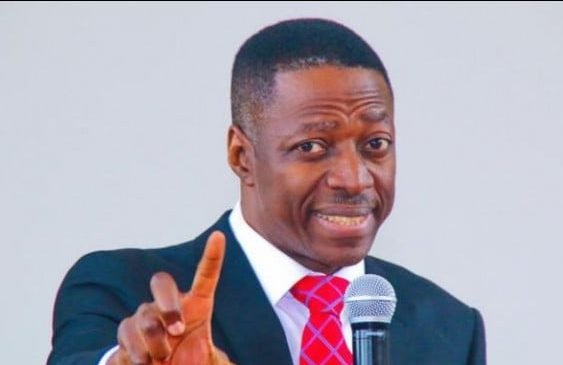 The Senior Pastor of Daystar Christian Centre, Sam Adeyemi, has reacted to the lawsuit seeking to criminalise him and 49 others over the #EndSARS protest.

Adeyemi reacted via his Twitter handle a few hours after the news filtered out that an activist, Kenechukwu Okeke, had gone to court over the protest.

Okeke sued Adeyemi, several musicians, Nollywood actors and actresses among others over the protest that was hijacked by hoodlums who used the opportunity to wreak havoc.

Reacting to the development, Adeyemi tweeted: “Who sent this guy to file this frivolous law suit?”

In the suit filed on Monday by Okeke before a Chief Magistrate’s Court in Abuja, he lodged a criminal complaint against the 50 persons for the alleged role they played in the #EndSARS protest.

Others on the list include former Super Eagles ace playmaker, Nwankwo Kanu; and activist, Aisha Yesufu.