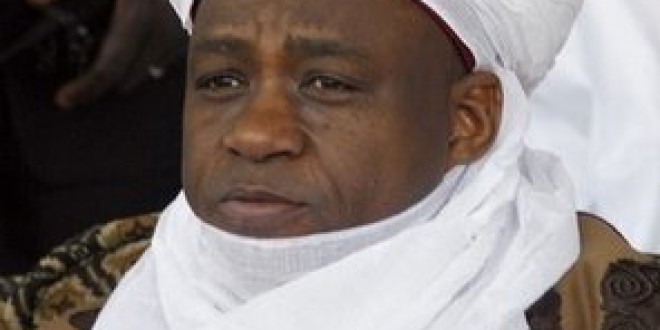 The Sultan of Sokoto, Alhaji Sa’ad Abubakar, has called on all perpetrators of terrorism in the country, especially in the northern part, to fear God and stop such heinous acts.
Abubakar, who made the call on Sunday in Sokoto in his Sallah message to Nigerians, said that the insecurity in the country had led to loss of many lives and property.
According to him, the massive losses of innocent lives and property are highly regrettable and they are “un-Islamic”.
He noted that Nigerians were facing various forms of difficulties as a result of the recurring insurgency and other criminal acts.
He therefore charged Nigerians to sustain prayers “for God to either touch the hearts of the terrorists or expose them”.
The Sultan commended security agencies for efforts being made to contain the insecurity, and urged them to remain unrelenting.
Abubakar appealed to the people to complement the efforts of the security agencies of maintaining peace and unity with their support, adding that the task of doing so should be regarded as a collective responsibility by all Nigerians.
He appealed to political leaders in Nigeria to ensure that social justice prevailed, saying that it was the “condition for sustainable peace and unity”.
He said: “We should all fear God and regard leadership as a trust and we will be accountable to Him.
“We are also commending Governor Aliyu Wamakko for initiating and successfully implementing various welfare programmes for the people of the state.”
The Sallah celebration in Sokoto was attended by former President Shehu Shagari, Wamakko and the National Security Adviser, retired Colonel Sambo Dasuki.