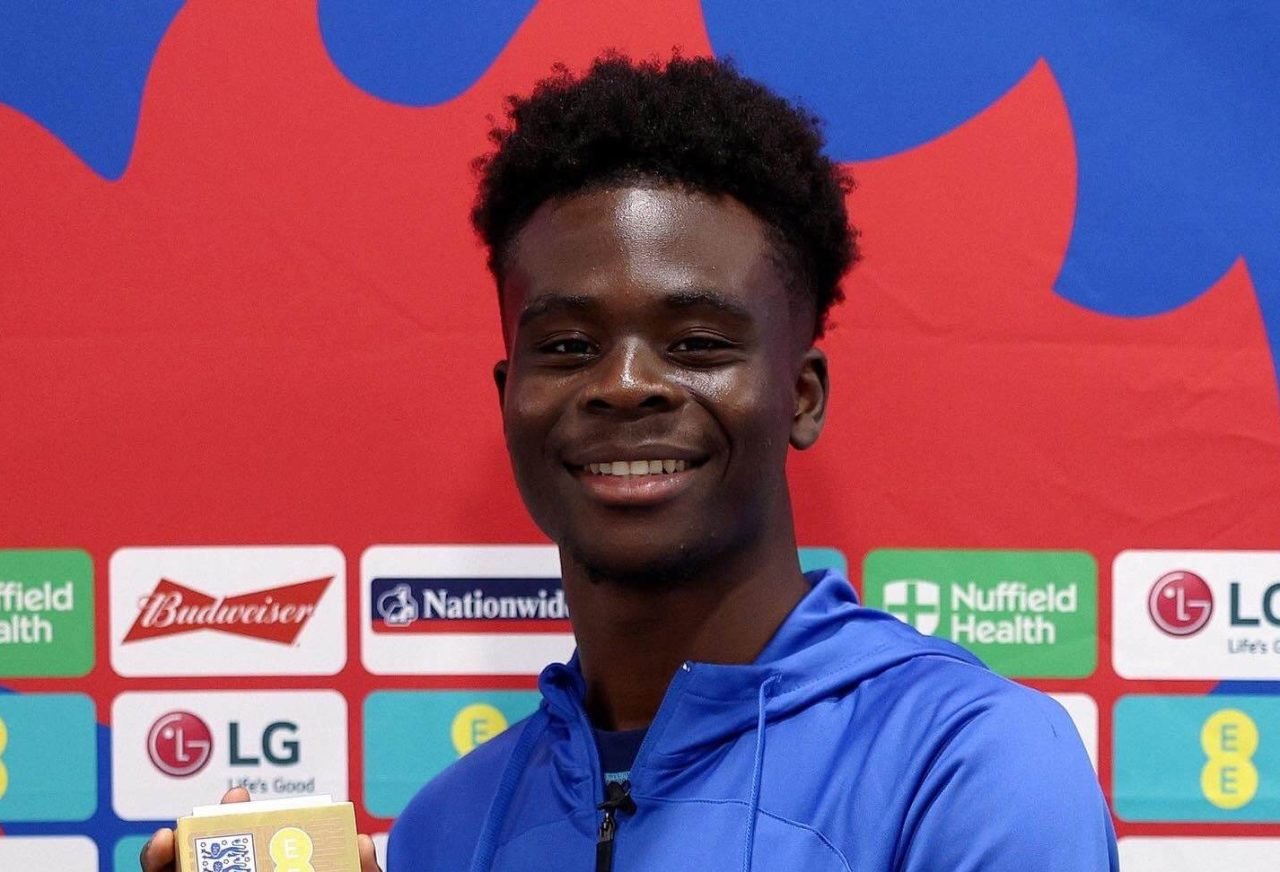 Bukayo Saka has been voted England’s Player of the Year, ahead of Declan Rice and Harry Kane.

Bukayo Saka has established himself as one of the most exciting English talents around in the past 12 months.

He got 11 goals and seven assists for Arsenal in the Premier League last season and playing in every single match.

His performances at club level have also secured him his place in the England squad, with the 21-year-old playing nine times since last September, scoring three goals and getting two assists in that time.

He has now been rewarded for his impressive displays by being named the national team’s Player of the Year.

England fans voted for the winger to win the award ahead of Rice and Kane, who finished in second and third respectively.

He was given his prize at a surprise Q&A session with a local young grassroots team, expecting it to be a standard press conference with journalists when he walked in.

“No way,” he said after being handed the trophy. “I did not expect this, honestly, so yeah, I’m honoured. It’s really nice.

“I’m so happy. I can’t put into words how happy I am. It’s really nice to be awarded this trophy.”

Saka becomes the first Arsenal player to win the award since it was created in 2003, and the youngest ever to do so.

It comes a few months after he was also named the Player of the Season for the second consecutive campaign at his club.

Kalvin Phillips won the England award last year, and Wayne Rooney has done so most often, claiming it four times.