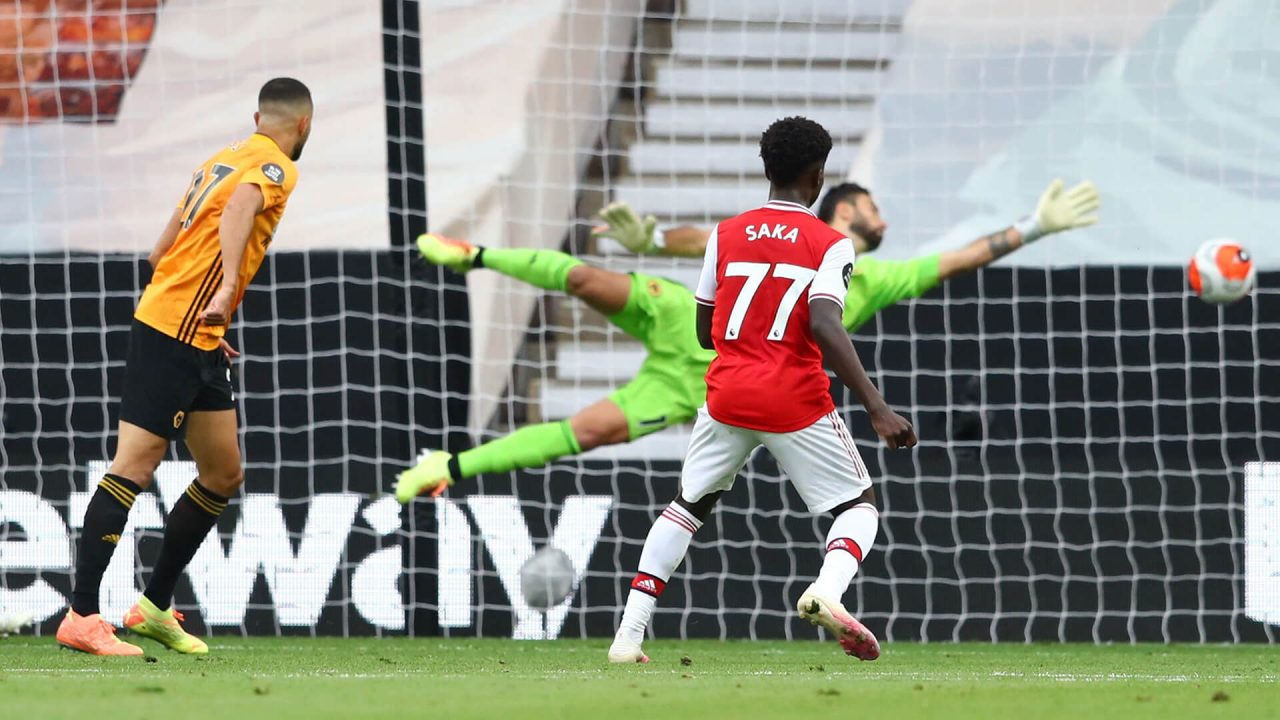 Arsenal’s Bukayo Saka has had one of the best weeks of his life after signing a bumper new deal and scoring his first Premier League goal.

The Gunners tied their latest academy star down to a new long-term deal ahead of their showdown with Wolves.

And it was their 18-year-old prodigy who stole the headlines once again by netting the opener in the 2-0 victory.

Saka neatly placed Kieran Tierney’s cross past Rui Patricio just before the break at Molineux, before substitute Alexandre Lacazette crowned the triumph off with five minutes to play.

Arsenal kept their hopes of Champions League qualification alive as they moved up into seventh place and Saka showed how important he will be in the starting XI for Mikel Arteta going forward.

Speaking to Sky Sports about the Gunners’ victory, Saka said: “It is very big.

“We know how good Wolves are and how tough it was going to be.

“We fought for every ball and it is good to build some momentum.

“It has been a week I will remember for my whole life.

“You can see the manager is building and that I can tie down my future here.”

On his goal, he added: “I anticipated the ball was going to come so I got there.

“I knew it was the far post where the gap was going to be so I tried to guide it there.

“[The second half] was a shift.

“Everyone fought for each other, together and that is why we got it over the line.

“The subs helped us out so much and gave us a boost.

The talented left-footer has played at left-back, wing-back, left-wing, the No.10 role and right-wing for Arsenal already.

He continued: “I am 18 and it has been a dream to play for this club.

“I have to take each game by game.

“Wherever the boss wants to put me, I want to play.