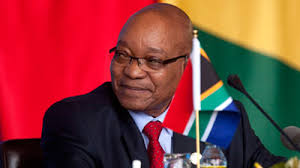 South African police are investigating two Nigerians and an Israeli citizen who tried to bring $9.3 million in cash into the country illegally, a spokesman said on Monday, in what might have been part of an arms deal.
The South African Revenue Service (SARS) seized the funds at Lanseria airport, northwest of Johannesburg, on September 5. The funds are being held at the central bank as police investigate, SARS spokeswoman Marika Muller said.
“The passengers’ luggage was searched after Customs officials detected irregularities. The money was detained as it was undisclosed/undeclared and above the prescribed legal limit,” Muller said in a statement.
South Africa’s City Press newspaper reported that bundles of unused $100 bills packed in three suitcases were transported in a small business jet from the Nigerian capital, Abuja, reports Reuters.
The three passengers said they were using it to buy arms for the Nigerian security services, City Press said.
South African airport security spokesman Solomon Makgale confirmed a police investigation was underway but declined to give details.