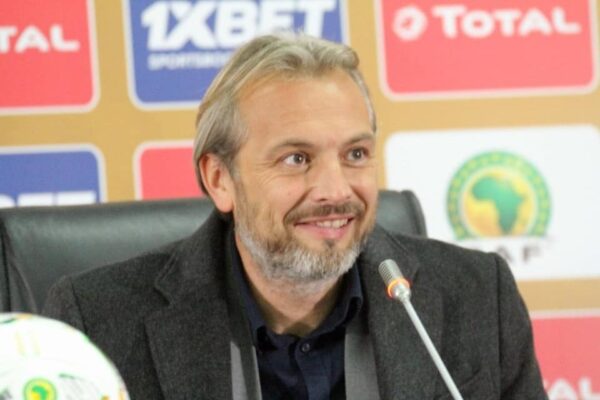 French coach Sebastien Desabre has found a new job, just one day after after leaving his role with Uganda by mutual consent.
He has returned to club football and signed a two-year deal with Egyptian side Pyramids FC.
The 42-year-old left Uganda after they were knocked out of the Africa Cup of Nations in Egypt following a 1-0 loss to Senegal in the last 16 on Saturday evening.
It will be Desabre’s second stint in Egyptian club football having been in charge of Ismaily, who he left in order to coach Uganda in December 2017.
He has also worked at Asec Mimosas in Ivory Coast, Cameroon’s Coton Sport Garoua, Tunisian side Esperance, Recreativo Libolo in Angola, Algeria’s JS Saoura and Wydad Casablanca in Morocco.
Pyramids is owned by the chairman of the Saudi Sports Authority Turki Al Sheikh, who wants the club to challenge the dominance of Al Ahly and Zamalek in Egypt.
His financial input has helped them qualify for the continental club competition for next season having completed their league season with 70 points.
It leaves them four points behind top-of the-table Al Ahly, who still have two games to play on the completion of the Nations Cup.
Pyramids are just two points ahead of Zamalek, who have three games left to play to finish their season.
Their season included home and away wins over Al Ahly as well as a victory and a draw against Zamalek.