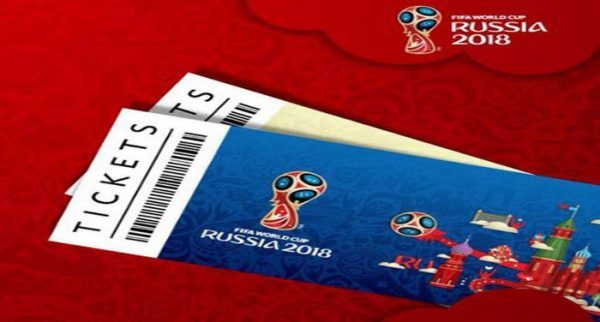 Share
Facebook Twitter LinkedIn Pinterest Email
Hosts Russia get the 2018 World Cup underway when they host Saudi Arabia in Moscow on Thursday evening.
Following a 30-minute opening ceremony, which will feature Robbie Williams and Ronaldo, Russia will look to start the tournament with a morale-boosting victory in Group A.
Stanislav Cherchesov’s side are the lowest-ranked team at the World Cup and have not won a game since October 2017.
They were whistled off the pitch by fans after drawing their final warm-up against Turkey and former Russia and Manchester United winger Andrei Kanchelskis says it is the “worst Russian team” he has seen during his lifetime.
The hosts have been hampered by injuries, with forward Alexander Kokorin and defenders Georgy Dzhikiya and Viktor Vasin missing the tournament due to knee problems.
“We’re realists,” said striker Artyom Dzyuba. “We’re not favourites to win the World Cup, but we want to get out of the group and we’re playing at home. We want to prove to everyone, and most of all to ourselves, that we can play football, so that the country can be proud of us.
“We’re a football country, not just an ice hockey or basketball or volleyball country, but a football one too. And we’ll put every effort into getting out of the group, to start with, and we’ll only start fantasising after that.”
Saudi Arabia are the second-lowest ranked team at the World Cup and have lost their last three matches heading into the tournament.
Egypt and Uruguay meet in the second Group A clash on Friday.
2018 World Cup Moscow ROBBIE WILLIAMS Ronaldo Russia Saudi Arabia Stanislav Cherchesov
Share. Facebook Twitter Pinterest LinkedIn Tumblr Email