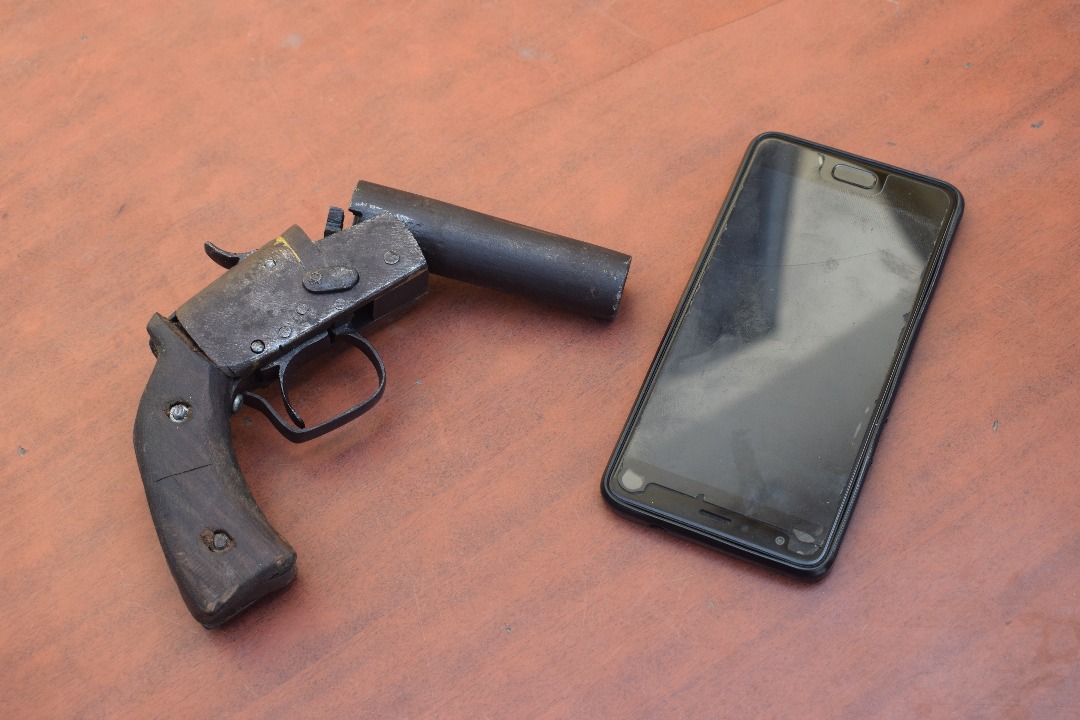 The operatives of the Rapid Response Squad of the Lagos State Police Command on Thursday forced four armed robbers to abandon a hijacked danfo commercial bus, a gun and six passengers whom they had held hostage while in transit.
The Lagos State Commissioner of Police, Imohimi Edgal, disclosed at the Command’s headquarter while parading some suspected criminals the police arrested.
The four robbers, who boarded the bus heading to LASU-Iba route from Iyana Ipaja, hijacked the bus from the driver immediately one of the passengers alighted at Diamond Estate, Isheri, Lagos.
According to the driver of the bus, Sherrif Dada: “At around 11pm on Thursday, after returning from a chartered trip to Sango, my conductor and I went straight to our usual route at Egbeda to make some more money before the closing for the day.
“We saw lots of passengers at Egbeda Bus Stop who were heading to Igando.
“We picked the passengers and we dropped the first passenger at Diamond Estate Bus Stop.
“Just after leaving the Bus Stop, one of the passengers, four guys in their 20s, brought out a gun and told me to stop.
“Just after pinning the gun to my head, the other robbers began to ransack the passengers, particularly a lady suspected to be carrying a handbag, and her Infinix Note 4 android phone.
“The robbers began to scuffle with the lady to dispossess her of her belonging but the lady refused to surrender her bag to the gun wielding bandits.
“It wasn’t quite long my conductor escaped that they threw me down on motion after sighting an RRS patrol vehicle chasing them.
“They felt I was not fast enough.”
According to the conductor, Hakeem Hassan: “I was also held down at gun point after attempting to jump down from the moving bus to stop me from raising alarm.
“Unfortunately for them for them, I managed to escape from the bus after the driver slowed down.
“I ran for my dear life.
“They threatened to shoot me but I defied all their threat to stop me from calling attention of those around the area.
“Immediately I manage to jump from the bus, I ran backward screaming for help and also hearing the robber telling me to stop that he was going to shoot me but I continued running until I ran into a filling station.
“It wasn’t quite long I had been screaming for help when I saw an RRS patrol vehicle speeding towards me.
“I guessed other road users who saw me had told them.”
One of the passengers said: “The chase by the police vehicle unsettled the four robbers.
“They instantly stopped collecting our valuables and were thinking of how to escape.
“As soon as we left Igando General Hospital, they drove the danfo into a bush and escaped, leaving behind their only gun and mobile phone they took from one of the passengers.”
Recovered from the bus were a locally made gun and an Android mobile phone, which they collected from one of the passengers.
Both the danfo bus and the mobile phone were handed over to their owners at the RRS Headquarters in Alausa.
Commenting on the development, the spokesman of the Lagos State Police Command, SP Chike Oti, said: “Lagos is not a safe zone for any criminal to operate.
“If they risk it, we will get them.” 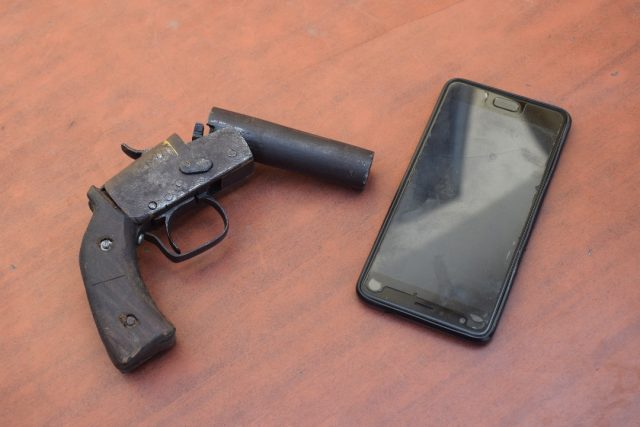