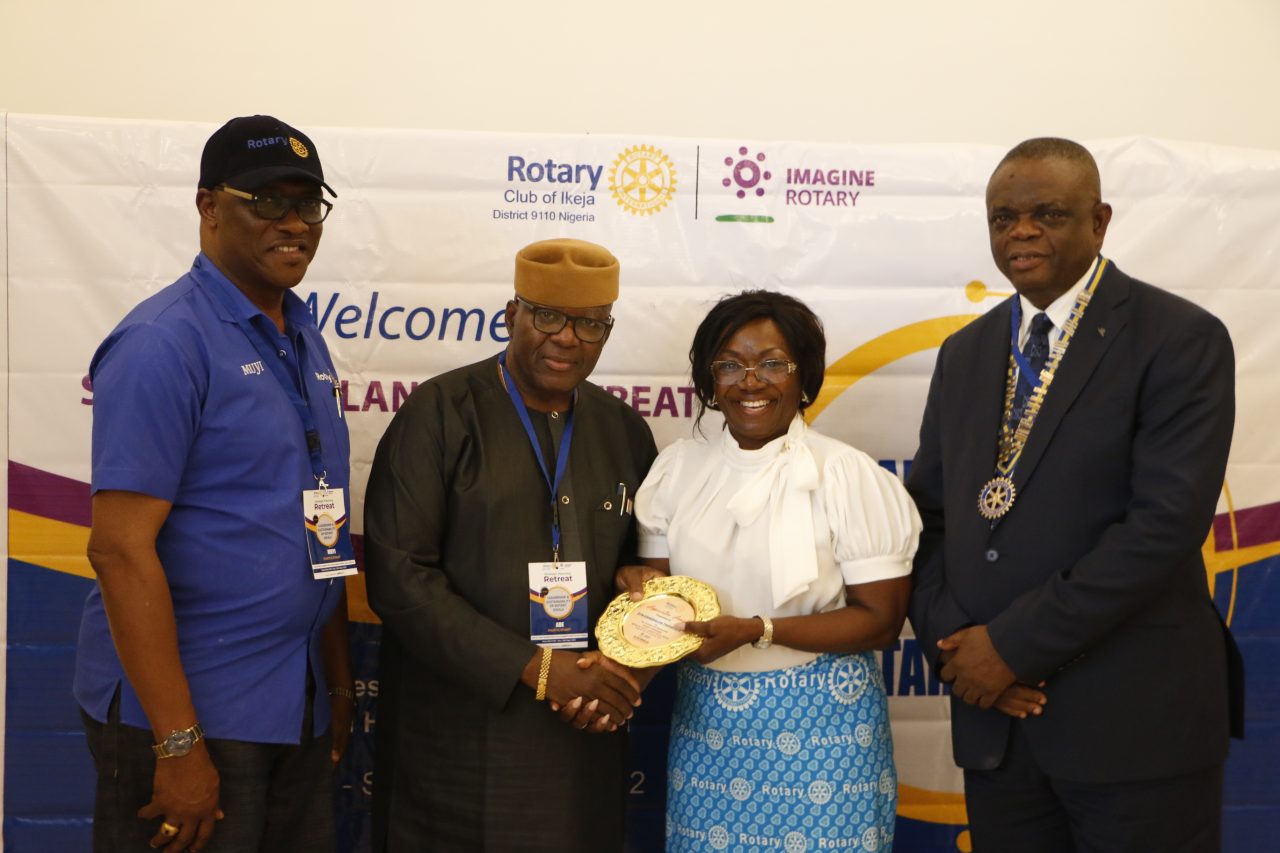 In order to chart a new direction for the club especially in the next five years and also develop strategies to attract and retain members, Rotary Club of Ikeja held a Strategic Planning Retreat between Wednesday, September 14 and Friday, September 16, 2022 at Best Western Plus (Accra Beach Hotel), Accra, Ghana.

According to a press release signed by the Imaginative Public Image Director of the club, Rotarian Segun Adebowale, PDG Shoga spoke on Historical Perspective and Recent Developments in Rotary, PAG Oyenekan’s lecture was titled Leadership and Sustainability of Ideals of Rotary Club of Ikeja , Agbato’s lecture centered on Development of Operational Template while Thompson spoke on Team Building for Goal Achievements.

There were also brain-storming sessions which were moderated by PAG Oyenekan and Past President Gbenga Badejo.

Speaking after the presentation of certificates of participation to members, the Imaginative President of the Club, Sola Akinsiku said that the club organized the retreat to chart a five-year plan as directed by District 911.

Akinsiku said, “The last Retreat in Rotary Club of Ikeja took place in 2018 in Lagos and we were able to chart a three-year direction for the club. We felt that there was no better time to start preparing for the next five years than now.

“We have a rich assemblage of eminent personalities in Nigeria who are members of the club and we want to not only attract like minds but also re-position the club and I am glad that two Past Assistant Governors (Dipo Onabanjo and Ade Oyenekan), four Past Presidents (Thomas Odegbami, Tosin Kadiri, Adeniyi Adelaja, Olumuyiwa Fagbola), my Immediate Past President, Gbenga Badejo as well as most members of the 2022/2023 Board of Directors attended the Retreat.

“I must also commend PDG Shoga and Rotarian Thompson of Rotary club of Accra Airport for their flawless presentations and I can confidently tell you that at Rotary club of Ikeja, we are set to witness a new dawn in the club.’’