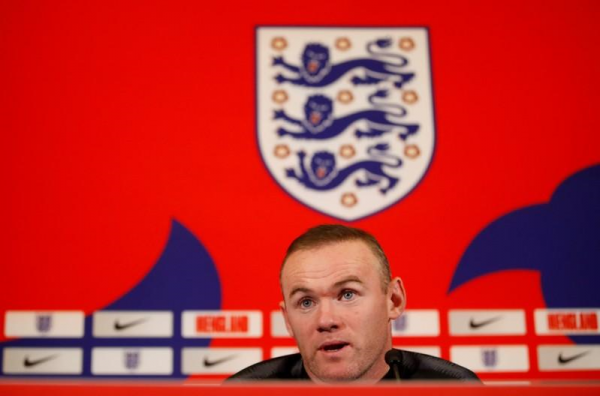 Former England Captain, Wayne Rooney, hopes the country will embrace a culture of honouring its players in the near-future, as he shrugged off criticism on Tuesday of his farewell international appearance against the US.
The 33-year-old striker will earn his 120th and final England cap at Wembley on Thursday, two years after his last appearance, but his return to the international fold has not been without its critics.
England’s record-appearance-maker, Peter Shilton, said caps should not be “given out like gifts”, while former Blackburn Rovers and Celtic striker Chris Sutton believes Rooney’s inclusion “devalued the international cap”.
Rooney, however, told a news conference on Tuesday that the Football Association had decided it was right to honour his England career in this way, having spoken to the current players.
Rooney said: “We haven’t done anything like this before, but I hope in 10 or 15 years’ time, we will sit here for someone like Harry Kane, who could go on and get the goal scoring record.
“It’s nice to be back here, turning up and meeting players again. It was nice to see them and the staff, and the reception they gave me was fantastic. Overall, it’s great to be back.”
Rooney, England’s all-time record goal scorer, is expected to make an appearance as a substitute in the friendly against the US – a match arranged to raise funds for the Rooney Foundation, which aims to improve the lives of disadvantaged children.
Rooney’s return has already made an impact at the Wembley ticket office, with more than 20,000 tickets sold since his appearance was confirmed earlier this month.
He said: “It’s something different. I’m not asking people to agree with it, but it is important that there is money raised for the Wayne Rooney Foundation.”
England manager, Gareth Southgate, said last week he was yet to decide when in the second half Rooney will come on, but added it would be before fans start “heading for the tube”.
When asked if he could start the game, Rooney said: “I said to Gareth whatever he wants from me in the game is what I’ll try and give him.
“I’m not putting any pressure on him – I’ve seen bits which say ‘should he be number 10?’, ‘Should he wear the armband?’ I’m not making any demands.”
After a season back at Everton, former Manchester United striker, Rooney, secured a move to the US to join D.C. United – whom he helped to the playoffs in his first campaign.
In spite of his impressive run in front of goal, Rooney has ruled out a temporary return to the Premier League during the Major League Soccer off-season.
He said: “No, I think I made the decision to obviously go to the States and I intend to stick with that.
“And it’s important to me to give my full commitment to DC. Obviously, I’ve seen talk of a loan move back here and that’s something I’m not prepared to do.”