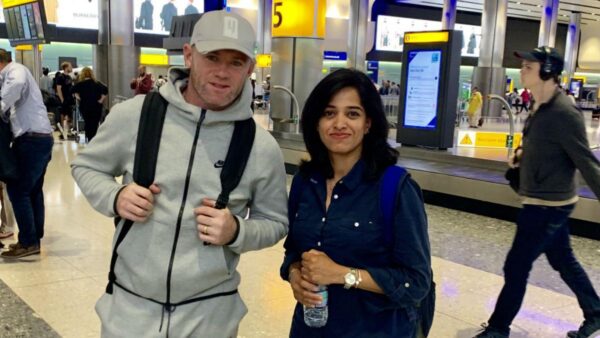 Derby County have completed the sensational signing of Wayne Rooney on an 18-month contract from DC United, with the former England captain joining the club in January 2020.
Rooney will arrive in a player-coach capacity on an 18-month deal with an option for a further year and brings an end to his time in Major League Soccer following his June 2018 move.
Derby have signed a new club record sponsorship deal with gambling firm and current shirt sponsors 32Red off the back of Rooney joining.
Rooney will wear the No 32 shirt, with the cost being supported by club sponsors.
Rooney said: “I am very excited about the opportunity that Derby County have provided me with.
“I am looking forward to joining Phillip Cocu, his coaching staff and the first-team squad from the start of January. I am sure I can make a big contribution and can’t wait to meet everyone, especially the supporters.
“I am equally excited to begin my coaching career at Derby County working with both the first team and academy.”
The deal to bring Rooney to Derby is believed to include wages of £100,000-a-week.
“The commercial opportunities this creates are widespread and significant,” Derby chairman Mel Morris said.
“On the back of Wayne joining the club, we have just been offered a record-breaking sponsorship deal with our principal shirt sponsor, 32Red.
“We are keen to leverage Wayne’s involvement and the support of 32Red with our community initiatives.”
The 33-year-old Rooney was pictured at Heathrow Airport on Tuesday morning as he arrived back from the United States to seal his return to English football.
West Brom were looking to hijack Derby’s move for Rooney but the former Manchester United man had agreed to join the setup under Phillip Cocu.
Rooney has been a huge hit in MLS since joining DC United from Everton last summer.
He has 23 goals and 14 assists in 43 appearances for DC, leading the club from the bottom of the Eastern Conference to the play-offs last year.
Rooney added: “I remain fully focused on giving my all for the team for the rest of this season and repaying the support shown by the Black-and-Red faithful by hopefully delivering an MLS Cup to Audi Field.”