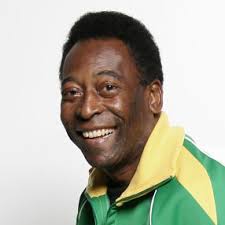 In the never-ending debate between Cristiano Ronaldo and Lionel Messi, the former has support from arguably the sport’s greatest-ever footballer.
Brazil legend Pele has added his opinion about who is the current world’s best between Ronaldo and Messi – with the four-time World Cup winner plumping for Ronaldo.
Ronaldo and Messi have been regarded as the world’s leading duo for more than a decade – with them sharing 11 Ballon d’Or awards between them.
But despite Messi edging that battle (six titles to five), Pele would rather have Ronaldo in his team.
“Today the best player in the world is Cristiano Ronaldo,” he told YouTube channel Pilhado.
“I think he’s the best, because he’s more consistent, but you can’t forget about [Lionel] Messi, of course, but he’s not a striker.”