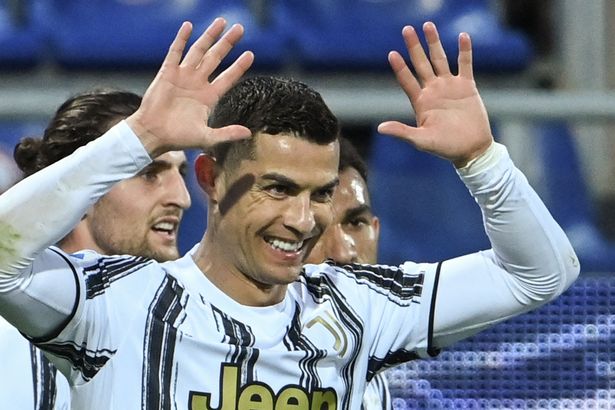 Cristiano Ronaldo has agreed personal terms ahead of a sensational move to Manchester City, according to reports in Portugal.

The 36-year-old’s future at Juventus has been cast into doubt this summer and his agent Jorge Mendes flew to meet the Serie A giants’ bosses to discuss a resolution this week.

But now reports in the Portugal international’s home country suggest he has already spoken with City boss Pep Guardiola, and that the Italian side are now in talks with the Premier League champions about letting him leave three years after he joined.

Following up on the crunch summit between Juventus and Mendes, further reports have described the talks as being fraught with tension.

Reports in Italy earlier this week reported that City had offered the former Manchester United star a two-year deal worth £230,000 per week after missing out on Tottenham striker Harry Kane.

Sportsmail also understood that the ex-Real Madrid forward was offered to Guardiola’s side in a £25 million deal earlier this month.

But with the conditions for Ronaldo’s lucrative contract at City now believed to have been ironed out, it falls to City to negotiate a fee.

This has threatened to prove a stumbling block, however, with the club said to be unwilling to splash out.

Ronaldo is believed to currently earn in excess of £500,000 per week at the Allianz Stadium.

He signed for Juventus in a mega-money move from Real Madrid in 2018, but now has less than 12 months remaining on his deal at the Serie A giants.

The same report suggested that Guardiola reportedly rejected a proposal of a swap deal involving Gabriel Jesus, as City look to find a compromise.

Soon, the Catalan boss and the Portugal star could finally represent the same club, with the former having spoken about his admiration for the player before.