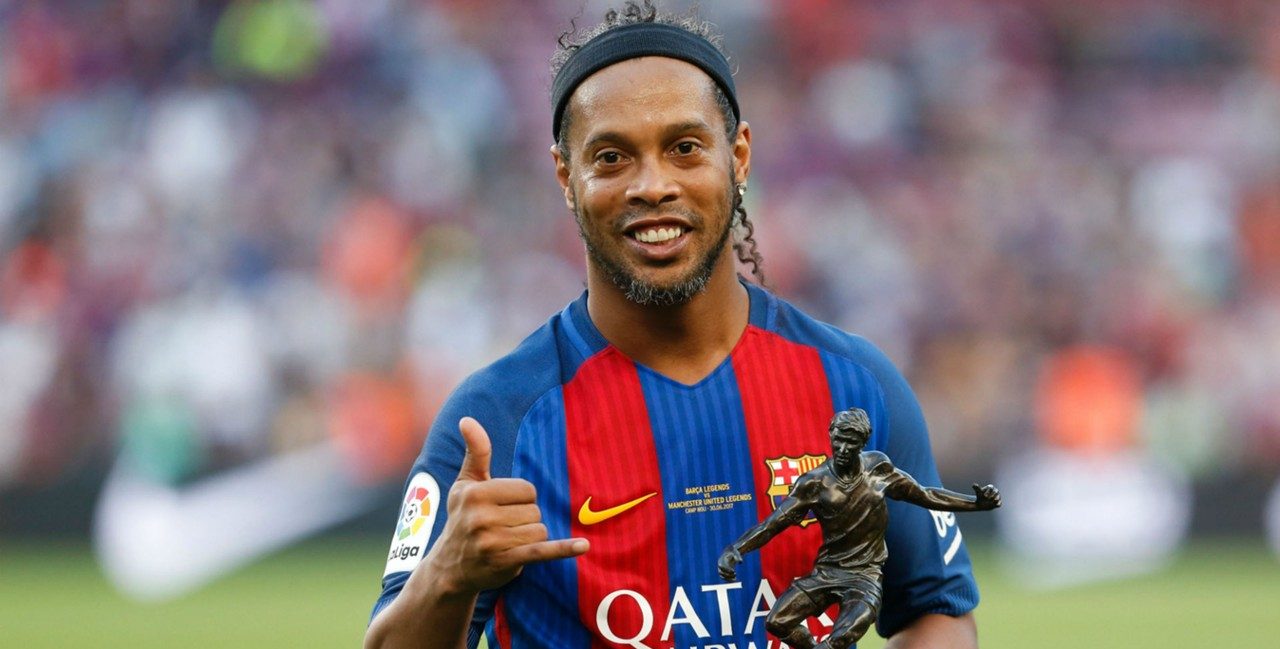 Ronaldinho is learning carpentry in prison as he faces up to the prospect of six months behind bars.
The former Brazil football star and his brother were arrested after they were accused of entering Paraguay with doctored passports.
Both men deny the accusations, but they have been denied bail and are currently behind bars.
Ronaldinho has been learning carpentry to while away the time, but is said to be “loved” by fellow inmates and is “relaxed” in the lock-up.
Unsurprisingly, the Samba star continues to play football, with fellow prisoners and officers, but he is missing his other love – music.
Since he retired from football, the 40-year-old has “spent a lot of time playing the bongos”.
A source told ESPN: “He can’t play any instruments inside but I am sure that in his head he will keep on coming up with melodies for compositions when he’s out.
“He plays football every day and teaches the guys he plays with a few tricks.
“From the very first moment he wanted to make sure he integrated with the other inmates and he quickly managed to do that.
“He’s an idol for many of them and they have asked for him to sign hats, shirts and trainers.”
Ronaldinho also misses his mum, with it being reported he “speaks with his mother every day in the evening and that “she’s one of Ronaldinho’s big concerns.”