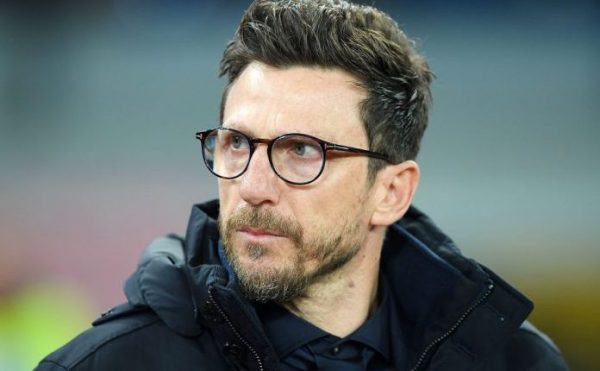 The former Giallorossi midfielder returned to the club to replace Luciano Spalletti as head coach in June 2017 and duly guided the capital outfit to the Champions League semi-finals.

He had masterminded a stunning comeback to defeat Barcelona in the last eight of the competition and also secured a third-placed finish in Serie A during his first season.

However, pressure has been mounting on Di Francesco following a 3-0 defeat by city rivals Lazio last weekend and their Champions League last-16 exit at the hands of Porto on Wednesday evening.

Claudio Ranieri, who was dismissed by Fulham last week and managed Roma between 2009 and 2011, could take the job on an interim basis until the end of the season, according to reports in Italy.

Club president Jim Pallotta said in a statement on the club’s official website: “On behalf of myself and everyone at Roma, I’d like to thank Eusebio for his work and his commitment.

“Since returning to the club, Eusebio has always acted professionally and put the club’s needs ahead of his own. We all wish him well for the future.”

15 die, 38 injured as truck plunges into river on Ibadan-Ijebu...