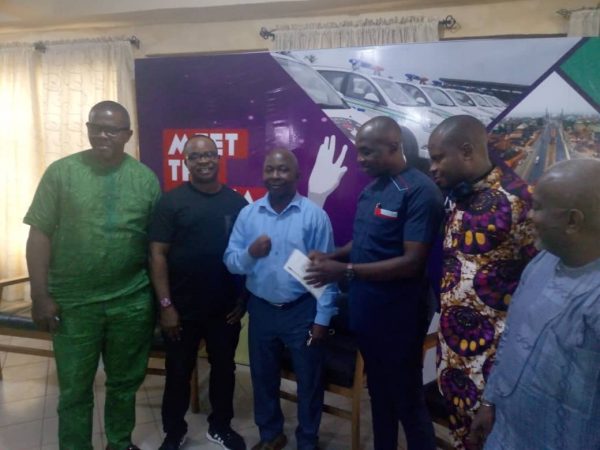 The management of the News Agency of Nigeria has commended the Nigerian Police Force and the Government of Anambra for their proactive response to the security threat to its Awka office by bandits on September 24.

The NAN facility in Awka, located near the Government House, has been attacked a number of times of recent, leaving in their trail loss of equipment and damage to some parts of the building.

Ponle, who was represented by Francis Onyeukwu, State Correspondent, NAN Awka, said the recipients’ prompt response warded off the criminals.

According to Onyeukwu, the security man on duty alerted him of the presence of criminals at about 2.00am on Thursday, September 24, 2020, after which he called on the two officials and in less than 30 minutes, a joint team of personnel from the `B-Divison’ and Government House stormed the scene.

He said the prompt intervention saved the day as the robbers were out for a serious operation.

“This letter is in recognition of your prompt action to the security threat to NAN Office in Awka by criminal elements that attacked the facility on September 24.

“The NAN management noted with delight that your prompt response resulted to the quick arrival of the Police to the premises, making the bandits to scamper away; for this, we resolved to convey our best wishes to you,” he said.

In his response, Ozumba said he became uncomfortable soon after the call and not only contacted the Chief Press Secretary but also the Chief Security Officer of the Government House Security, to alert them of the ugly situation.

He said security was a cardinal objective of the Obiano administration and that every member of the government would like to uphold that in his or her own little way.

Ozumba, however, commended the NAN security guard on duty, Emmanuel Obi, for his bravery which was the precursor to the intervention, saying the security man also deserved a special recognition from the Agency.

“I must commend the security man for his bravery; in spite of his limitations, he was able to raise the alarm that made the Police to arrive promptly at the scene,” he said.

Ozumba, who dedicated the letter to Obiano, alongside his wife, for the opportunity to serve, also said his colleagues should share in the commendation.

James Eze, Chief Press Secretary to Obiano said NAN had demonstrated the rare virtue of appreciation as exemplified by one of the biblical ten lepers healed by Jesus.

Eze said Ozumba’s response was in line with the policy thrust of the Gov. Obiano administration while assuring that security of lives and property would remain a major objective of the government.