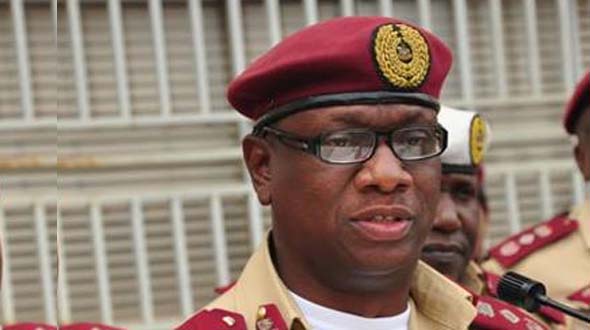 The Economic Commission for Africa has adjudged Nigeria as one of the best three performers among 23 countries in accomplishing the activities of the African Road Safety Action Plan.

This was contained in a mid-term review report from the Third African Road Safety Conference organized by the United Nations Economic Commission for Africa, which took place in Addis Ababa, Ethiopia.

According to Bisi Kazeem, the FRSC’s Head of Media Relations and Strategy, while reacting to Nigeria’s ranking and her accomplishment, stated that the Corps Marshal and Chief Executive of the Federal Road Safety Corps, Boboye Oyeyemi, appreciated the Federal Government’s efforts in ensuring the enduring road safety culture is continually imbibed.

Oyeyemi also showered encomium on the resilience of the officers and men of the Corps.

Kazeem added that the Corps Marshal assured his audience at the conference that in the spirit of the occasion, the Corps has chosen not to rest on its oars, but will rather continue to device ways to improve on its achievements and never to perform below the standard of the UN Decade of Action for Road Safety declaration.

The Corps Marshal had in his company at the conference the Assistant Corps Marshal, Policy, Research and Statistics, Kayode Olagunju.

Kazeem revealed that the report from the conference stated that 40 per cent of member countries are in the process of implementing more road safety management activities.

It listed Nigeria, Ghana, and South Africa as the leading countries with clear prospects of accomplishing the activities of the African Road Safety Action Plan.

He added: “Performance of the Plan is measured based on road safety management, mobility, vehicles, road users, and post-crash response.”

It noted that varying results have thus far defined the afore-listed performance indicators, given that some countries record high rates of successes in some areas, but record low performances in others.

However, he stated that the report observed progress has so far been made.

While noting that more than 30 per cent countries have not taken significant steps to harmonizing data processing formats and use of international standards in reporting road safety incidents, the Head of Media Relations and strategy stated that the report specifically encouraged countries to invest in research and develop safety audits.

It also advised that the importation of safer and newer vehicles and improved traffic education in schools are sure steps to reducing Road Traffic Crashes.

Speaking at the occasion was Stephen Karingi, the Director of Regional Trade and Integration at the Economic Commission for Africa.

Karingi lauded ECA’s contributions in improving road safety in Africa and called for more supports from different quarters as most countries have little data collection systems and inadequate laws in place to address road safety challenges.