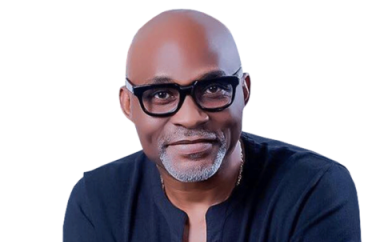 Nollywood celebrities: Richard Mofe-Damijo and Osas Ighodaro, are set to feature in season 4 of MTV Shuga Naija.
MTV Shuga is a television drama series that was first aired in November 2009 on MTV Base as part of an initiative dubbed: “MTV Staying Alive ignite.”
The new season of the long-running drama series, which is directed by Tope Oshin, is scheduled to premiere in September 2019.
The movie is featuring some returning members of the cast and new injections.
Among the new injection are Funsho Adeolu, Tobi Bakre, Omowunmi Dada and Belinda Yanga.
The returning cast include Funlola Raimi Aofiyebi, Timini Egbuson, Rahama Sadau, Yakubu Mohammed, Bukola Oladipupo, Uzoamaka Aniunoh, Amal Umar, Alvin Abayomi, Helena Nelson and Ruby Akabueze.
Oshin expressed excitement as she speaks on the project and the areas they focused.
She said: “I’m elated to be producing the new season of MTV Shuga… We have so many issues in the world and while we entertain our audience.
“We also talk about serious issues raised in our communities.
“MTV Shuga is entertaining, witty and fun but also effects change within communities and inspires the next generation of young people to serve the world better.”
Timini Egbuson, who happens to be.one of the returning cast, could not hide his joy as he speak on the movie.
Egbuson said: “I am so excited to be back on MTV Shuga Naija, I couldn’t be prouder to be such an integral part of this conversation.
“Helping to educate young people on effective ways to manage pressure from society and to make informed decisions about their sexual health.
“This is my fourth series of MTV Shuga and not only have I learned so much from being involved, but I’m sure that our fans have grown with us too.
“MTV Shuga Naija continues to make a positive change in Nigeria, and I’m thrilled to be back on set again and to meet the new cast.”
MTV Shuga Naija has featured top Nigerian music star, Tiwa Savage, amongst several notable movie stars.
NAN.