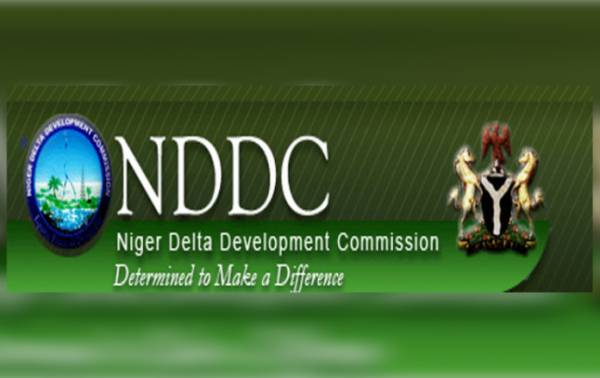 The Niger Delta Development Commission on Tuesday expressed dismay over the picketing of its office complex by the Rivers State Internal Revenue Service.
Nsima Ekere, the Managing Director of NDDC, expressed his displeasure in a statement issued in Port Harcourt by the commission’s Director of Corporate Affairs, Dr. Ibitoye Abosede.
The News Agency of Nigeria reports that the NDDC headquarters was on Tuesday shut by enforcement team of RIRS over alleged non-payment of Withholding Tax.
Ekere, who spoke through his Special Assistant on Media, Chijioke Amu-Nnadi, said he was surprised with the actions of the state tax office.
He said: “We are surprised with the action taken because NDDC had already begun paying RIRS the arrears owed to them.
“We started the payment two weeks ago, when the commission met with the tax enforcement team and started negotiations to resolve all outstanding issues.
“But it is important for us to state that the commission – as a responsible corporate organisation – had begun to attend to all obligations as agreed.”
Ekere said NDDC paid the first tranche of the tax arrears a fortnight ago and assured the commission’s commitment to conclude the payment.
The statement did not mention the exact amount involved in the said tax arrears.
But Ekere said: “The current NDDC Board inherited the arrears dating back to 2013. However, over the past two years, we have paid all the commission’s tax obligations as and when due.
“This is a sign of goodwill and commitment to meet these obligations. The blockage of NDDC premises is unnecessary embarrassment and does not match the commission’s goodwill.”
Ekere assured RIRS of the commission’s willingness to offset the outstanding arrears owed the state government.