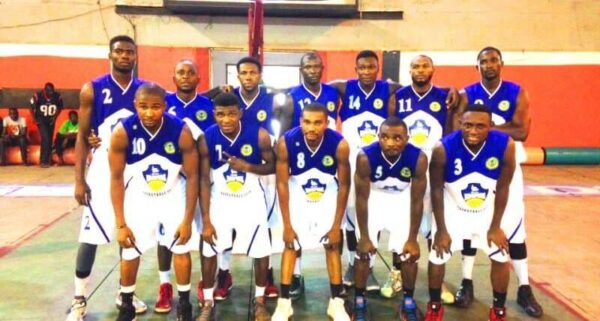 Basketball fans were thrilled on Saturday as Rivers Hooper’s beat the University of Lagos Basketball team 79-71 to emerge champions of the Crown Elite Basketball Championship in Lagos.

The Hooper’s, who are also the national team champions of the elite league, were made to work hard to claim their victory as UNILAG played with vigour and character.

With the victory, Hooper’s also claimed the N1.5 million winners’ prize and championship trophy for the 2022 edition, while UNILAG went home with N1 million.

The News Agency of Nigeria reports that the event, which began on February 1 at the Indoor Sports Hall of the National Stadium, had no fewer than eight teams competing for honours.

The third place match also would go down as a very entertaining match that made the fans, who had for years yearned for a competitive event, appreciative of the performances.

The organisers also gave out some cash awards to other participating teams.

Louis Edem and Hanson Oguche, who are ex-professionals and products of the Ahmadu Bello University, Zaria, said that they were proud of their achievements so far.

As organisers of the tournament, they see it as a way of positioning the youths for better development through basketball.

According to Edem: “It is the second edition and we intend to organise more events, hoping that other corporate bodies would join hands.

“Basketball has continued to bring the best out of the youths and it is important we keep investing in their future.”