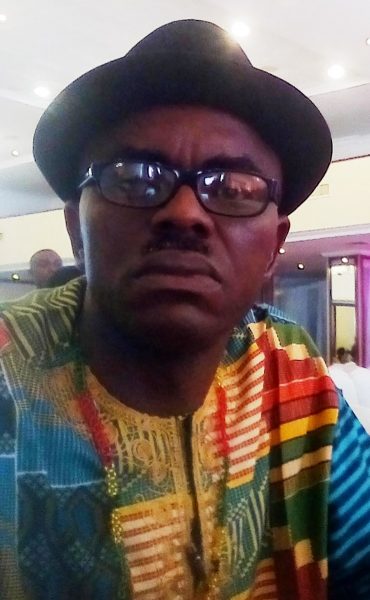 To checkmate the rising Internet shutdowns across Africa, a call has been made for proactive steps to be taken by both media entities and digital rights defenders-based civil society organization.
Speaking at the at the 2018 Forum on Internet Freedom in Africa, FIFAfrica2018, which held at La Palm Beach Resort, Accra, Ghana, the Lead Strategist at DigitalSENSE Africa Media group, Remmy Nweke, advised every media entity no matter the size to ensure they have an online regulatory desk.
Nweke also urged digital rights inclined civil society organisations to ensure they have regulatory officers, who should ordinarily interface with lawmakers and policy makers at the government level.
Armed with these proactive options, Nweke said the media, practitioners and CSO will checkmate the obnoxious laws ahead of time, especially as they pose threat to Internet development on the continent.
He said: “These options will help stakeholders to see early enough some of the inclines of gagging and stifling media, especially online, and alarm could be triggered for early-sign warnings to the larger society, sensitization and rejection of such moves.”
Nweke, who spoke extensively at the session on: “Trends in online regulation in Africa,” during FiFAfrica 2018, was accompanied in the panel by Sakah Bernard Nsaidzedze of Pan African University in Cameroun; Legal practitioner and media trainer, Zakaria Tanko Musah of Ghana Institute of Journalism; an independent analyst, Nanjala Nyabola; and Sellina Sheena Nkowani from the Nation Publications, Malawi.
According to Nweke, he believes in tackling this kind of menace from the source, if possible, which requires proactive monitoring rather than waiting until such laws have been passed and online stakeholders will commence damage control that takes  a longer time and resources to reverse.
Nweke, who is the Vice President of African Civil Society on Information Society, commended the Nigeria Press Organistions, including the Nigeria Union of Journalists, Nigeria Guild of Editors, Guild of Corporate Online Publishers, as well as Guild of Professional Bloggers in Nigeria for their efforts recently in ensuring the stoppage of the obnoxious Nigerian Press Council Act 1992 (Repeal and Enactment Bill 2018), which was agreed to have semblance of the horrible Decree 4 of 1984 and Decree 43 of 1993.
He recalled that Tanzania, Uganda, Democratic Republic of Congo, Burundi, Zambia, Benin Republic and lately Kenya as countries in Africa that in 2018 proposed or passed laws and regulations that undermine public confidence in the use of online platforms and could lead to increased self-censorship by media, civil society groups and individual citizens, as well as to their withdrawal from online discourse.
“We recently saw Kenyan government proclamation on some 15 per cent Internet tax,” he said, lamenting that before now, Kenya was one of the torchbearers as far as Internet adaptation on the continent is concerned.
Cameroon, Nweke, who represents the Non-Profit Organizations Constituency of the Internet Corporation for Assigned Names and Numbers at Non-Commercial Stakeholders Group Finance, said has become notorious for being the longest interruptions to digital communications in a bid to control online assembly and the flow of information in the Central African Republic.
FIFAfrica was hosted by the Collaboration on International ICT Policy for East and Southern Africa in partnership with the Media Foundation West Africa from September 26 to 28, 2018 at La Palm Beach Hotel, Accra, Ghana.