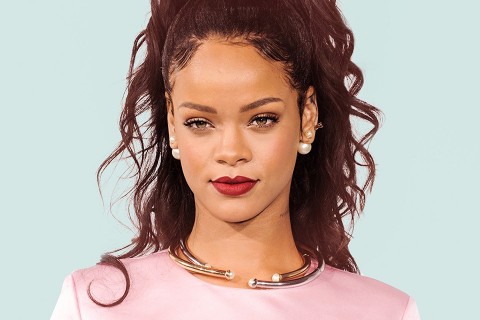 Rihanna on Thursday denounced Snapchat after an advertisement made light of her beating by fellow pop star Chris Brown, sending the company’s share prices tumbling.
The social media platform — which counts 187 million users, especially young people drawn to its quickly vanishing posts — had featured an advertisement for: “Would You Rather?,” a game app that asks sometimes provocative questions.
The commercial showed the two singers and asked Snapchat users whether they would rather “slap Rihanna” or “punch Chris Brown.”
The company pulled the advertisement and apologized, but Rihanna took to rival platform Instagram to denounce Snapchat.
“You spent money to animate something that would intentionally bring shame to DV (domestic violence) victims and made a joke of it!!!!” she wrote.
“This isn’t about my personal feelings, cause I don’t have much of them…but all the women, children, and men that have been victims of DV in the past and especially the ones who haven’t made it out yet….you let us down! Shame on you.”
Suggesting that fans may have as little need for Snapchat as she has for its explications, she wrote: “Throw the whole app-oligy away.”
In a sign of Rihanna’s power, shares in parent company Snap Inc. fell 3.64 per cent on a largely stable day on Wall Street.
It was the only the latest celebrity-inflicted blow to Snapchat, whose rise has been heavily linked to its pop culture appeal.
Last month, Snap share prices also went into a tailspin after socialite Kylie Jenner tweeted that the platform was becoming passé.
A Snapchat spokesperson said that the advertisement featuring Rihanna had been “reviewed and approved in error, as it violates our advertising guidelines.”
“We immediately removed the ad last weekend, once we became aware. We are sorry that this happened,” the spokesperson said in a statement.
Snapchat came under fire from activists and social media users who questioned how the post made it past the platform’s review process.
“Just awful. Awful that anyone thinks this is funny. Awful that anyone thinks this is appropriate. Awful that any company would approve this,” Chelsea Clinton, the daughter of Bill and Hillary Clinton, wrote on Twitter.
Chris Brown was convicted in 2009 of beating Rihanna, his then girlfriend, who was forced to miss the 2009 Grammy Awards.
The assault further shocked many observers when Rihanna, one of the most successful singers of the 21st century, temporarily resumed her relationship with Brown afterward.