Right-of-Reply: ‘Brimah Attacking Jonathan’ – But Who Are You?, by Peregrino Brimah 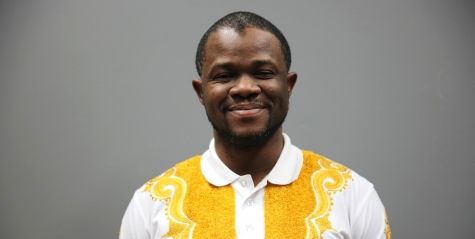 My attention has been drawn to two widely published articles “warning” me to stop “attacking” former President Goodluck Ebele Jonathan, Azubuike Ihejirika, S.O. Oku and the military men and women currently implicated in the December 2015 Zaria tragedy that left between 300-1000+ Muslims dead, missing, or extrajudicially detained, their graves exhumed, buildings demolished and eyes pulled out.
I wish to thank the author for the article/press release and respectfully request they urgently go ahead an “expose” me so we can remain focused on the issues affecting Nigerians past and present.
To this effect, I am communicating via the same media in which the article(s) with potential legal implications was/were published; and via other kind media.

No clear sense of identity of group/individual issuing “warning”

Mr. Nkechi Odoma?
On Friday, April 8th 2016, the Vanguard and DailyPost published twin articles of the alleged event with captions, “Stop attack on Jonathan, group warns ENDS coordinator” and “Group warns Brimah to stop attacking Jonathan,” respectively, but the exact same content, stating that the “National President of the group, Mr. Nkechi Odoma,” addressed the Press. The two editorials referred to “him” as a “he” throughout the “accounts.”

Alice Egbunu?
Leadership published a similar copy of the same event but claimed the message was delivered by African Arise for Change Network Executive Director, Alice Egbunu, who spoke with reporters yesterday in Abuja.” This time, the “press statement” was given by a she called “Alice.”

Dr Anthony Kolawole?
Yet another article in the Vanguard and DailyPost and other papers the same day with caption of this nature: “Shiite Narrative: Brimah’s half truths, lies and sheer rabidity,” was written by the same “Wendel Simlinic” person as above; whose peculiar terminology included “rabid,” “project coordinator” “political observer,” and other identical monosyllables found in both the “African Arise for Change Network” “group” “press talk” accounts and the “Dr. Anthony Kolawole,” “PhD in Nasarawa” articles. The attack, threat and defence was also basically identical, thereby leading to the obvious conclusion that “Dr. Anthony Kolawole” is the same “person” as those sought above.
I may be wrong, but I do not believe you can be male and female at the same time and make a press statement appearing duple to journalists in attendance. I also am yet to understand how you can have several first and last names as one single individual.
Therefore, towards properly thanking the author/communicator and asking them to go ahead with their threat to expose me and my sponsors paying me to seek justice, be it from Jonathan or from Buhari, it goes without saying that I need his or her human identity. I therefore request this from the media who received and propagated the communication or from the person/bot behind the communication. That’s it.
Thanks for publishing my right-of-reply.
. Dr. Peregrino Brimah is of the ENDS and tweets at: @EveryNigerian.