Reus ruled out of Germany squad against Russia in friendly 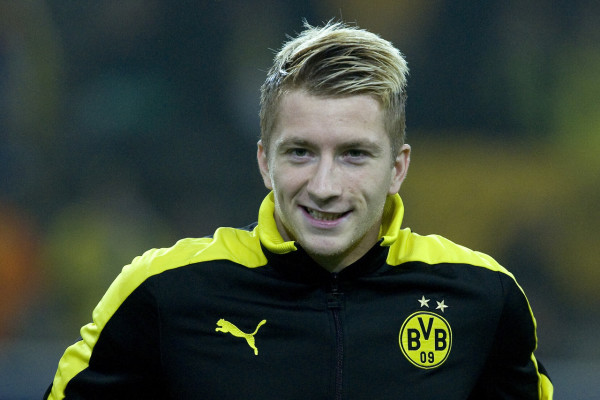 In-form Germany winger Marco Reus will not play in Thursday’s friendly international against Russia due to a foot injury, said Germany coach Joachim Loew.
The Borussia Dortmund winger is also doubtful for the former world champions’ UEFA Nations League match against Netherlands next week.
He is having a sensational season for the unbeaten Bundesliga leaders, having scored eight goals and set up another four in their 11 matches so far.
But Loew said Reus had picked up a minor foot injury in Dortmund’s 3-2 victory over Bayern Munich on Saturday.
“Marco Reus will not be able to play tomorrow,” Loew told reporters on Wednesday. “He arrived with a foot injury from the game against Bayern.”
He added: “He will not train tonight and we will have to see if it works for Monday.”
The Germans are looking to finish the year on a positive note after a disastrous FIFA World Cup that ended in the group stage and a losing inaugural Nations League campaign.
This has seen them positioned in last place in League A Group 1.
Loew said a process of renewing the team was ongoing but it could not happen overnight or without some experienced players.
“Building a new team is not something that happens out of nothing. It is a process,” Loew told reporters. “The rebuilding phase has started and the process is ongoing.”
Loew dropped experienced central defender and 2014 FIFA World Cup winner Jerome Boateng for the matches.
But he said it was important for young players to have experienced teammates who can guide them.
“Every successful team will have a good mix between young and more experienced players,” he said, when asked about out-of-form Thomas Mueller, another World Cup winner, who was part of the squad.
He added: “Young players need some players to guide them in difficult moments. We do not have too many players who have this experience.”
The Germans, bottom of their UEFA Nations League group with one point from three games, could be relegated as early as Friday.
This will be if the Dutch, on three points, beat leaders France, who have seven.
“It is not going to be the end of the world,” Loew said. “We will just have to play in a lower group in 2020. We can always win promotion again.”
He added: “If we are relegated, we will have to accept it,” he said. “Then we just play in a lower group. Our concentration next year will be on Euro 2020 qualification.”