Reuben Abati, I beg to disagree, by Richard Akinnola 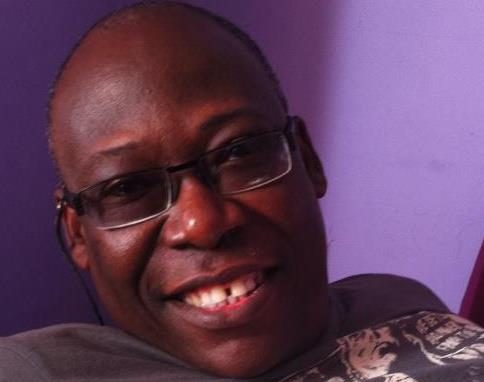 In a treatise yesterday on the LEADERSHIP newspaper saga, Reuben Abati, the presidential spokesperson, laboured on to justify the police arrest and detention of the journalists, stating that nobody is above the law. To that extent, l agree with him that nobody is above the law. However, for him to try to criminalise an otherwise civil matter, to say the least, is quite preposterous. Abati said what was published was capable of leading to a civil unrest. Really? That the presidency is allegedly trying to undermine the opposition political parties can lead to a break down of law and order? What is politics if not to undermine your opponents?
Perhaps l should go into memory lane. Late 1975, when General Murtala Mohammed was the Head of State, a journalist, Mr Ohanbamu, who owned a magazine, published in his magazine that Murtala was corrupt. Typical of a military dictator, one would have expected Murtala to arrest and lock up Ohanbamu without trial. Rather, Murtala decided to sue Ohanbamu for defamation, insisting that he wanted to enter the witness box to defend himself because he felt what was published about him was not true. Ohanbamu later found out that what he published was false, and he apologized to the Head of State. That was the height of Statesmanship, maturity and decency on the part of Murtala Mohammed, not like the sordid show of power that we just witnessed on the LEADERSHIP saga.
In September 2004, the INSIDER magazine published a cover story title :”Condemn Biafra Now, no says Ohaneze.” The story reported that the government was mounting pressure on the pan-Igbo group, Ohaneze to denounce the MASSOP. Typical of someone inebriated with power, then president Obasanjo let his goons loose, swooped on the magazine, turning the place upside down and literally sealing up the place.
In its edition of September 20, 2004, TELL interviewed the Chairman of the Editorial Board of Guardian, Reuben Abati on the development and l quote-“ Abati takes a more profound look at the development. According to him, the assault on INSIDER WEEKLY magazine represents an attempt to close the space for free expression in Nigeria. He argues that the SSS action was a gross violation of due process”. How time flies.
I ask Reuben, what of our president who misinformed the whole country after the October 1 bombing, that he knew who the bombers were , even after MEND had claimed responsibility? Was that misleading information not splashed on all newspapers? Was Raymond Dopkesi, then Director-General of Babangida campaign, not mischievously arrested to get at Babangida? Has the president apologized for this faux pas? And has the government apologized to Dokpesi, even after Henry Okah has been convicted?
I subscribe to the fact that press freedom comes with it, its responsibility. However, if anyone feels aggrieved about anything published in the media, the person has the right to right a rejoinder or send a complaint to the Nigerian Press Council, created by the act of parliament or institute defamation suit like late Murtala Mohammed did. Making allusions to the Levenson panel in UK defeats his argument. It was set up following the phone hacking scandal by the NEWS OF THE WORLD, which was a criminal action. So, the fact the some journalists were questioned in the scandal bears no relevance in the present circumstance. It further strengthens my argument that if the government feels sufficiently aggrieved, it should have reported to the Nigerian Press Council instead of resorting to police harassment, which has never worked in this country.
I find it strange that the police are asking for the source of the information of the journalists and Abati is gloating that the police are doing their job! I can’t believe this. Even a cub reporter knows that a strong, cardinal principle in journalism is the protection of your source of information, even at the point of death. In the case of British Steel Corporation v. Grenada Television(1981) 1 AER 417, inimitable Lord Denning held on the issue of disclosure of information: “Investigative journalism has proved itself as a valuable adjunct of the freedom of the press, notably in Watergate exposure in the united States and the Poulson exposure in this country. It should not be unduly hampered or restricted by the law. Much of the information gathered by the press has been imparted by the informant in confidence. He is guilty of a breach of confidence in telling it to the press. But this is not the reason why his name should be disclosed. Otherwise, much information that ought to be made public will never be made known. Likewise with documents. They may infringe on copyright. But that is no reason for compelling their disclosure, if by so doing it would mean disclosing the name of the informant.” I rest my case.