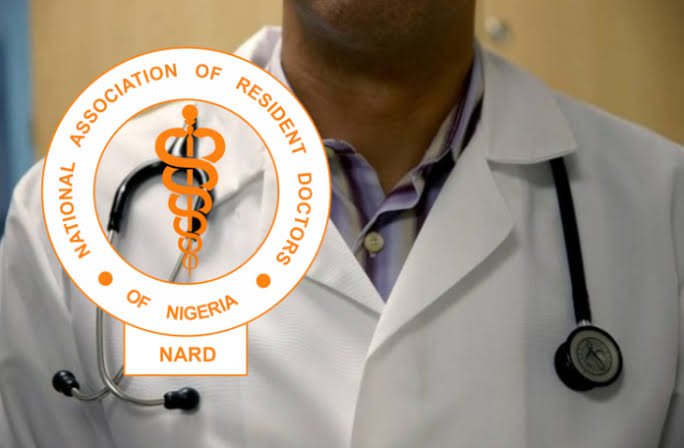 The National Association of Resident Doctors has called on its members to proceed on an indefinite nationwide strike beginning from August 2.

The President of the association, Dr. Okhuaihesuyi Uyilawa, said this on Saturday, while briefing newsmen.

Uyilawa said the strike became unavoidable after the expiration of 113 days ultimatum earlier issued to state and federal governments to address the issues of welfare, training and service delivery by resident doctors.

The group accused the Federal Government of insincerity in implementing its promises to Resident Doctors as contained in the Memorandum of Actions signed before the ultimatum was issued.

“NEC therefore unanimously resolved by vote to resume total and indefinite strike from 8am on Monday, August 2,” the group said.

It also demanded the immediate withdrawal of the circular removing house officers from the scheme of service by the Head of Service of the Federation.

While reaffirming its unequivocal commitment to the smooth running of the nation’s health sector, it said, however, “we can only discharge our responsibilities to Nigerians when our lives and welfare are given desired attention.”

The NADR president apologised to Nigerians over the association’s decision to shut down medical services in public health institutions across the country.

Uyilawa said the only solution to the incessant strikes was for government to be sincere and responsive to their demands for better conditions of service and workplace infrastructure.

The association decried what it described as the “poor condition of its members” in the employ of the governments of Abia, Imo, Ondo and Ekiti States.

It expressed regret that resident doctors in those states were being owed salaries for 19, seven, four and two months respectively.

It further expressed deep worry over the failure by most state governments to domesticate the Medical Residency Training Act 2017.

The group commended the Delta, Benue and Lagos State Governments for blazing the trail in adopting the Act and urged others to tow the same path of honour.

It, however, expressed concern that the federal government is yet to disburse the MRT Funds, in spite its being captured in the supplementary budget.

It further expressed worry over government’s silence on the non-payment of the Minimum Wage Consequential Adjustment as well as the shortfall to its members.

The association also decried government’s failure to review the N5,000 hazard allowance, non-remittance of dues and non-payment of the COVID-19 inducement allowances to its members.

It said the acute shortfall in the manpower of its members in public health institutions, made worse by the sustained brain drain in the medical profession, was having a “burn off” effect on its members.

The NARD president said that 50 member chapters of the association attended the week-long meeting with the theme: “The Nigerian doctor: an endangered specie grappling with a pandemic, poor workplace infrastructure and security threats.