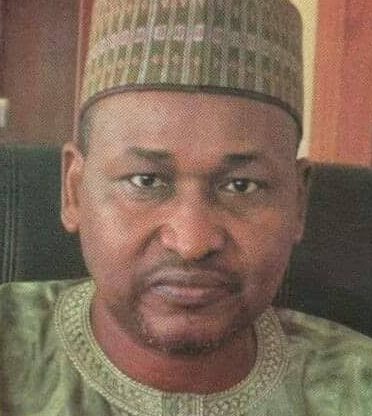 Recently, there was a hype of a sort on research in Nigeria by the Tertiary Education Fund with the inauguration of a National Research Committee, plans for a National Research Foundation and the award of 12 TETFund Centres of Excellence to some Universities across the six geo-political zones. A lot of euphoria and passion exhibited but, if care is not taken and the energy directed well, it may turn out to be another big storm in a tea cup.

TETfund has been doing very well in bridging the Infrastructural Gaps in Tertiary Institutions across the country especially now under the leadership direction of its current Chairman. Some States owned Institutions of Higher Learning have no source of capital budget except through TETfund. It is therefore good for Tetfund to look into other areas of national development and that’s why Research has become an important national agenda to promote.

But the question to ask is: have we, as a nation, understood what research is? Research itself is worthless unless it leads to innovations. The Key Performance Indicators for innovations are its positive impact on the national economy and its generation of international patents.

The world is now a global village and national patents are an old tradition; an innovation must be globally tested and competitive. Innovations are what industries apply to improve production or creation of entirely new processes. Our statistics for international patents originating from Nigeria are at the moment extremely low, almost nil.

Investing public funds in the Tetfund Centres of Excellence should have been done after identifying the National Priority Areas, not by the academia alone but most importantly with industry actively participating. In the 1990s, Malaysia, during Mahathir’s first coming as Prime Minister, had what they called Intensive Research in Priority Areas, a nationally identified Roadmap developed by the Malaysian Government, the Industry and Academia. When did we have that Round-Table in Nigeria? Which key Nigerian industries have we linked to each of the 12 new Centres of Excellence to enable the research moving to the next level? There is need for re-think and re-strategizing on research in Nigeria before another quantum of waste of public funds is experienced.

The Polytechnics may have an important role to play in the development of technology in Nigeria but it seems this sector is completely ignored or not recognized. Universities are at the centre-stage of these awards, yet everyone talks of ‘Development’ after the ‘Research’, and where else can this take place better than a Polytechnic?  When you do the bench research in the University Laboratories you must move to the next level by taking it from bench to pilot industrial scale, this is what is called ‘development’. We must therefore understand the synergy between these two arms of the Higher Educational sector.

Let me give an example of R&D that has not led to innovation because of this missing link. Zeolites used in catalytic cracking in modern petroleum refining were being imported into Nigeria since 1978. It was later conceived by the Petroleum Technology Development Fund (PTDF) to locally produce Zeolites from Kankara Kaolin Clay; a job that has been on for the past almost 2 decades in a Nigerian University. Yes, they have been able to synthesize the Zeolite Catalyst from local Clay and it has been tested in the Laboratories successfully.

What has prevented this research from becoming an innovation is the development of a pilot plant that can produce at least some kilograms per day of these Zeolites with same qualities and properties of the product as tested on the bench. Upon achieving this we get industry involved for scale-up to tonnage production per day on commercial scales. This is what the ‘development’ is all about.

The bottle neck in moving research to innovation in Nigeria is the limited capacity of the University researchers to fabricate pilot plants. What if there is partnership with the Polytechnics or even the informal Panteka Fabrication Hub? This would have been achieved since long, leading to a major milestone in local Zeolite production in Nigeria being attained. These kind of innovations are what we need to prioritize to achieve raw materials import substitution, a primary responsibility of the Raw Materials Research and Development Council.

Import substitution has remained a mirage in Nigeria because of lack of synergy between the Researchers (Universities) and Developers (Polytechnics/Industry). In fact there is no motivation for that at the moment because RMRDC that is supposed to champion that cause, gets its budget (according to its Act) as a small percentage of the cost of imported raw materials into Nigeria! Stemming the tide of importation will therefore lead to lower budgets. The legal framework is therefore faulty. A double whammy for R&D in Nigeria indeed!