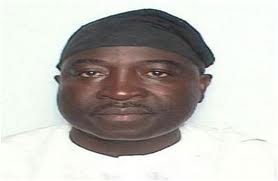 The Chairman of the House of Representatives Committee on Sports, Godfrey Gaiya, on Friday said the committee would utilise the appropriate machinery to ensure a rapid resolution of the Nigerian football crisis.
Gaiya said this was why the committee was already meeting with factions of the Nigeria Football Federation Congress, to be able to resolve the crisis next week.
The legislator, who spoke after the committee’s emergency meeting with a faction of the NFF Congress in Abuja, said the meeting was part of ongoing efforts.
“The committee will resolve the lingering crisis in the football house and the crisis would be resolved according to NFF statutes and resolutions would be made next week,” he said.
The committee had on Thursday summoned all parties involved in the crisis to appear before it alongside the Sports Minister, Tammy Danagogo.
Gaiya said: “We will be guided properly because we will be looking at the laws.
“I am a lawmaker and we will not tolerate a twisting of the law.
“Ours is to protect the laws that we enacted and to ensure that the statutes were not abused and to also ensure that guidelines are not turned upside down for the benefit of all.
“So, we will review the statutes in handling the matter and come up with what the laws state as our resolution.”
Gaiya added that the committee would, however, not be able to make any resolution yet, because all parties were not present for their case to be heard.
He added: “The minister is excused from this meeting today (Friday) because the National Sports Commission is out on tour, but the minister will be here on Monday.
“And for NFF’s General Secretary, Musa Amadu, he said he is down.
“So, we hope he will also be here on Monday.
“And, fortunately, those who came here for this meeting didn’t hoard any information.
“They spoke outrightly.
“That will enable us as a committee to sit back and analyse all they said and come out with a resolution.”
Gaiya said his committee would make public any decision arrived at afterwards, adding: “We won’t say anything now until we have heard all parties out.”
He, however, said the committee’s silence on the matter before now was the best as a form respect for the principle of separation of powers.
He said: “There is a clear line of separation of powers and we left the executive arm to resolve the problems in the NFF.
“But, unfortunately, it wasn’t possible for them.
“Now, the House of Representatives has to come in and if it was a situation where all of us went in the same direction and there is a collapse like this, there won’t be anyone to intervene now.
“So, our silence before now was in order and we waited to be the last resort as necessary.”
The chairman expressed optimism that the world football governing body would not term its intervention as government interference.
Gaiya said: “There is an arbiter or big brother somewhere watching all our activities and they are also a respecter of the rules of parliament anywhere in the world.
“We are speaking for Nigerians and FIFA is all about democracy.
“When it knows that the National Assembly is genuinely speaking the minds of Nigerians, there won’t be any problem.
“I am sure it will toe the line of the National Assembly and not the line of a few people who may be guided by personal interests.”
Those present at the meeting included NFF’s embattled Chairman, Aminu Maigari, and some members of his dissolved board.
There were also some state Football Association chairmen, as well as other members of the NFA Congress.